What may happen to forestry and timber markets beyond 2100? 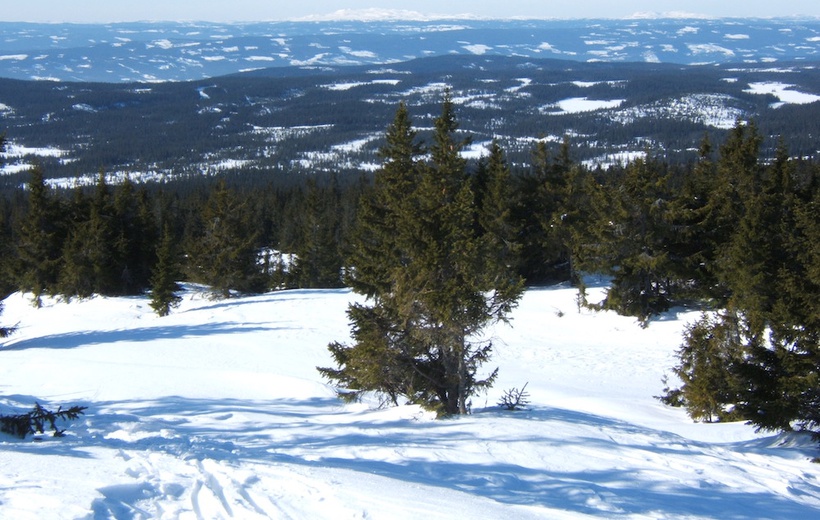 Forests will respond to the changing climate. On the one hand, warmer climates, longer growing seasons and elevated atmospheric CO2 concentrations can accelerate tree growth. On the other, increasing frequency and intensity of disturbances such as wildfires, pest outbreaks and wind throw may lead to reduced forest biomass storage. Besides, tree species will migrate to the north in Europe and to higher altitudes in the mountains; as a result, forests will expand or contract locally.

Most studies on changes in global forest area and productivity are restricted to the 21st century. A recent study explored what may happen to forests beyond 2100. Such a long-term analysis is essential to forestry because many timber species are long-lived so the consequences of decisions made this century will influence carbon and timber supply after 2100. In this study, future projections were made through to 2200. These projections are based on climate outcomes of four climate models for both a low-end and high-end scenario of climate change. A continued but declining population growth beyond 2100 was assumed, with stabilizing population in 2200. The study only focused on climate change impacts (with a declining population growth); policies to store more carbon in forests or use woody biomass for energy production were not explored.

Between now and 2100, global carbon stocks are projected to increase by 6% to 10% for the low- and high-end scenario of climate change, respectively.

The uncertainties of climate change and the response of forests and timber markets is much larger in the 22nd than in the 21st century. In the 22nd century, global forest area is likely to shrink back towards its present level. Forest productivity and timber supply will continue to increase through 2200, however. Also, the composition of tree species of future forests will be very different from the current situation, and this will affect management decisions and the economics of the forestry sectors. According to this study, and compared with the current situation, industrial wood outputs may increase by 23% to 50% for the low- and high-end scenario of climate change, respectively. The reduction in timber prices in the 21st century is expected to continue through the 22nd century. The largest increases in timber supply are projected to occur in temperate and boreal regions, with smaller changes and possibly even reductions in the tropics.

The strong increase of global forest carbon stocks in the 21st century will probably not continue at that same rate in the 22nd century. Under the low-end scenario of climate change, forests are projected to increase their carbon sequestration slightly until 2200. Under the high-end scenario, changes in carbon stock are highly uncertain after 2050; projections vary from a strong decrease to a strong increase. It is likely, however, that the projected carbon sequestered per hectare of forest area is higher in 2200 than in the current situation.