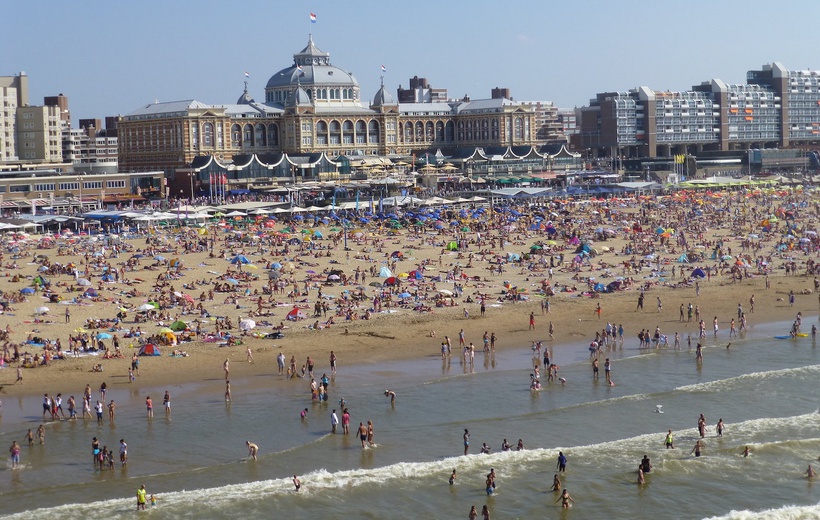 The beach at The Hague, The Netherlands, on a hot summer day (photo: Aram Zucker-Scharff, www.flickr.com)

Two record-breaking heatwaves struck Western Europe in June and July 2019. A group of scientists of several Western European countries has analysed these heatwaves and concluded that these events would have been far more unlikely without climate change.

The first event took place in the last week of June 2019. The event broke several historical records at weather stations in France, Switzerland, Austria, Germany, the Czech Republic, Italy and Spain. In Austria, The Netherlands, Germany and even Europe the whole month of June 2019 was the warmest ever recorded. A second short (3 to 4 days) record-breaking heatwave struck Western Europe and Scandinavia at the end of July 2019. Records were broken again, albeit in different areas. This second event may be related to the first one: dry soils prior to the July event, that may have increased the heat, were largely the result of the June event.

These heatwaves did not last longer than 3 to 4 days, but they were very extreme as far as the highest temperatures are concerned. Many all-time records were broken in most countries of Western Europe, including historical records exceeded by 1-2 degrees. In Belgium and the Netherlands for the first time ever temperatures above 40 °C were observed.

These extreme events have become far more likely due to climate change. In France and the Netherlands, these events have become at least a factor 10 more likely. Without climate change, the July heatwave event would have been extremely improbable in these countries, with a return period larger than about 1000 years. Under current climate conditions, the return period is ‘only’ 10 to 150 years. For weather stations in other parts of Western Europe, changes in probabilities were smaller but still very large, at least a factor of 2-3 for the United Kingdom, and 3 for the station in Germany.