Wildfire smoke particles can be deadly, and climate change will increase health risk 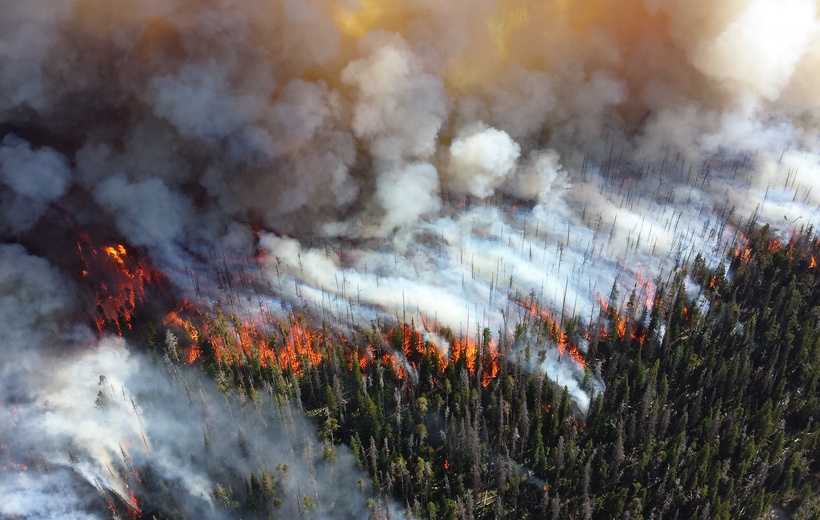 The risk of wildfires will increase as climate change worsens. Already, more frequent and unprecedentedly large wildfires are occurring in many regions of the world. These wildfires produce polluted smoke that can spread as far as 1000 km. Part of the smoke is fine particulate matter (PM2.5) with a diameter smaller than 2.5 micrometre. These particles can enter the lungs and are a serious health threat. Besides, these wildfire particles are of particular concern compared with fine particles from other (urban) sources because they tend to be more toxic and often occur in combination with other harmful environmental factors, particularly high temperatures.

Several scientists have found adverse health effects of wildfire smoke in different world regions. On a global scale, it has been estimated that 339,000 deaths could have been attributable to wildfire smoke annually during 1997-2006. Recently, a global study was carried out based on data for 749 cities from 43 countries and regions in the period 2000-2016. The study presents an update of wildfire smoke risk at the global scale, albeit with a predominant representation of urban populations.

In this study, mortality was related to daily exposure to wildfire related PM2.5. Data on daily counts of deaths for all causes, cardiovascular causes, and respiratory causes were used for this. Daily enhancements of PM2.5 concentrations by fires during the study period were estimated as the differences between simulations with and without fire emissions, calculated with a model and adjusted using ground-level measurements. From the relationship between the PM2.5 concentrations by fires and mortality, the fraction of annual deaths was calculated that could be attributed to short-term exposure to wildfire-related particulate matter.

The study included 65.6 million all-cause deaths, 15.1 million cardiovascular deaths, and 6.8 million respiratory deaths. Overall, 0.62% of all-cause deaths, 0.55% of cardiovascular deaths, and 0.64% of respiratory deaths were attributable to the acute impacts of exposure to wildfire-related particulate matter during the study period. The results show that wildfire smoke can affect health until 2 days after the exposure to the smoke. The exposure to wildfire related PM2.5 appears to have stronger effects on mortality than the exposure to urban PM2.5.