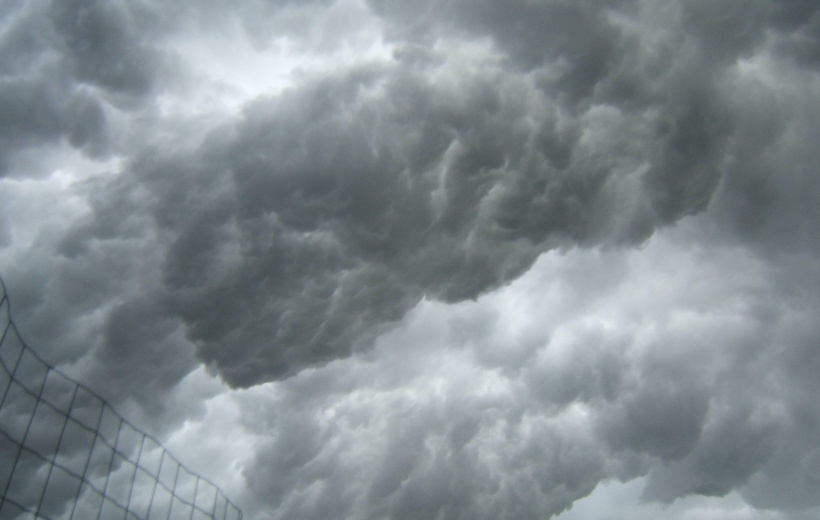 Intense rainstorms can flood cities and produce deadly flash floods. In previous decades, these extreme precipitation events were quite common in especially southern Europe. This summer, we’ve seen such an event over parts of Germany, Belgium and the Netherlands, causing more than 200 casualties and billions of Euros in damage. With global warming, these events are expected to occur more frequent throughout Europe for two reasons.

The first reason is an obvious one. Warmer air can hold more moisture, about 7% per degree of warming. That’s why these intense rainstorms are typically a summer phenomenon. The second reason may come as a surprise. Rainstorms are expected to move more slowly with global warming, exposing a certain area to the extreme precipitation of one event for a longer period. This slowing-down is linked to the difference in temperature between the poles and the tropics. This difference determines the strength of winds high in the atmosphere. A larger difference leads to stronger winds. But the poles are warming much faster than the tropics, and this difference is getting smaller. With slower winds, rainstorms move more slowly from one place to another.

Not all intense rainstorms are moving slowly. Only about 3 to 4% are slow-moving events. Changes in their frequency of occurrence are extremely important, however. These are the rainstorms that are most devastating because they can accumulate extremely large volumes of water in a small area, causing flooding.

By the end of the century, intense rainstorms may become 7 times more frequent in Europe, according to a recent study. The part of these storms that are moving slowly may become 14 times more frequent. This projection is based on a high-end scenario that most scientist consider unrealistically high. The results do issue a warning, though: A future reduction in the speed of rainstorms could enhance the risk of flash flooding to a much higher level than one would expect from just the higher moist content of warmer air.

The higher frequency of (slowly moving) intense rainstorms will affect all of Europe. Just like now, southern Europe will still experience the highest frequency of cases in the future.