How much will Europe’s sandy beaches erode when sea level rises? 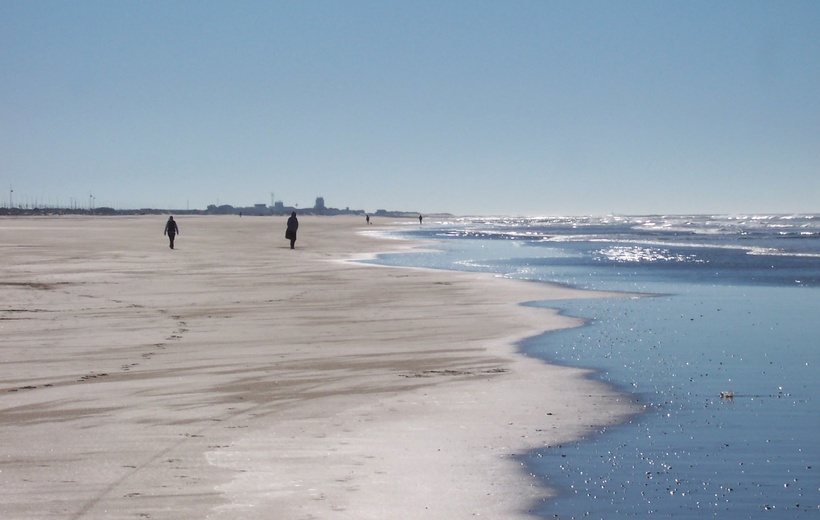 Beach in the south of Spain (photo: Tea Meister, www.flickr.com)

As a result of sea level rise, the shorelines of sandy beaches in Europe may ‘potentially’ retreat by tens to a few hundred metres between now and 2100, scientists conclude.

Shoreline retreat has many negative impacts. Sandy beaches act as the first buffer against storm surges and wave attack. Shoreline retreat can increase the vulnerability of the hinterland to flooding. It can also cause direct impacts to infrastructure, and diminish the touristic and recreational value of beaches. Insight into the future dynamics of Europe’s beaches helps coastal managers in taking the right measures to protect them.

A focus on sea level rise only

The potential impact of sea level rise on shoreline retreat depends on the extent of sandy beaches along the European coast, the slope of the beach profile, and the scenario of climate change. For all of these three variables the scientists had two datasets. They combined these data into eight assessments and calculated potential shoreline retreat of sandy beaches in Europe by 2100, relative to the baseline year 2010.

Several natural processes and human influences also determine shoreline change, including natural gradients in alongshore sediment transport, the effects of port construction, changes in fluvial sediment supply, sand nourishments, and land reclamations. These were not taken into account. The scientists focused on sea level rise only.

The median value of potential shoreline retreat by 2100 is about 54 m to 97 m under a moderate to high-end scenario of climate change, respectively. This translates to a potential coastal land loss of about 1,400 km2 to 2,500 km2 along the European coastal zone.

Does sea level rise dominate over other influences?

Is sea level rise the dominant mechanism that determines future shoreline retreat? The scientist made an estimate of the potential impacts of all the other natural processes and human influences that also determine shoreline change. They did so by quantifying historical change rates of shoreline position and extrapolating them into the future.

Not all sandy coastlines will retreat

Not all coastlines will be eroding this century. About 14% of the European coastlines have historically advancing trends larger than that of the potential future retreat even under the high-end scenario of climate change. For these coastlines, overall net changes on coastal land area are a land gain if the accreting historic trends continue.

The study highlights the potential impact of sea level rise on the retreat of Europe’s sandy coastlines. The word ‘potential’ is important here. The scientists assumed a sufficiently wide erodible beach for the shoreline to erode. At some locations the erodible beach width could be smaller than the projected retreat, however, leading to an overestimation of coastal land loss therein.

The scientists also did not include the effect of land subsidence and (postglacial) land uplift on shoreline retreat. In areas with significant subsidence, such as the Po Delta in Italy, relative sea level rise can be larger than the values used in this study and shoreline retreat may be underestimated. In areas with significant land uplift, such as the Baltic Sea region, relative sea level is dropping which contributes to land gain in these areas.