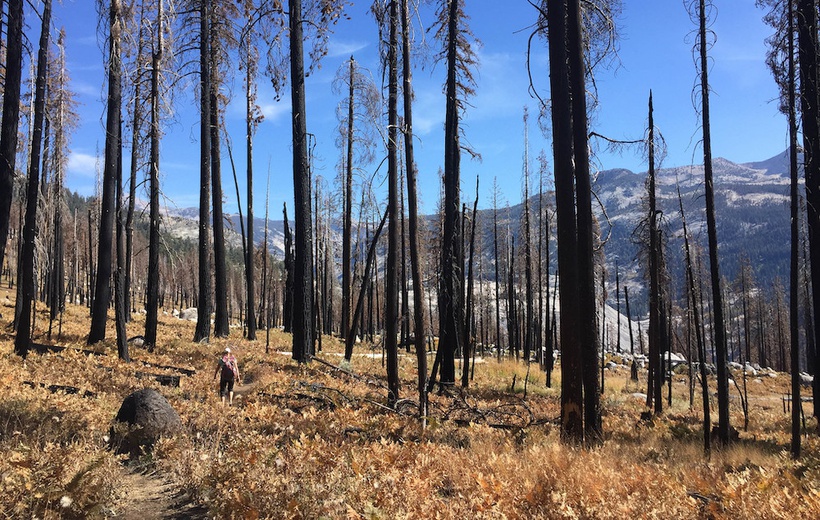 River discharge can increase after fire events when a substantial part of the river basin is burned (photo: Chris Brooks, www.flickr.com)

For the Atlantic part of Europe, from the south of Spain to the north of the UK, a study was carried out to disentangle the contributions of climate change versus human impacts on river discharge. Long‐term trends in annual river discharge from a very dense network of 1874 gauging stations spanning the period 1961-2012 were analysed for this.

These trends agree with trends in annual precipitation totals that also show a north‐south gradient, characterized by significant increasing trends in the north of the British and Irish Isles, and predominantly significant decreasing trends in northern parts of the Iberian Peninsula and southern France. The spatial coherence between changes in river discharge and evaporation is much less.

Link with climate change in the North, mismatch in the South

For the British and Irish Isles most observed trends in annual river discharge are associated with climate change. In Spain, however, there is a clear mismatch between observed trends in river discharge and climate. Especially for the river basins in the south of Spain, river discharge has decreased more than expected, given annual precipitation and evaporation. This may be due to a large surface cover of irrigated crops: irrigation may have declined groundwater resources, producing feedbacks that finally contribute to the strong observed decline of river discharge. Also, depopulation has led to the abandonment of agriculture and grazing lands in these regions, with a subsequent and rapid natural afforestation that increased water consumption by vegetation and reduced runoff to the river.

In southern France, trends in river discharge seem to be mostly driven by climate. Compared with the Iberian Peninsula, vegetation cover has not increased much here since land abandonment and natural afforestation have been modest. Also, crop irrigated areas represent a small and stationary percentage of basin land cover in southern France.

In the north and west of Spain and Portugal the pattern is opposite to the one in the south: river discharge has increased more than expected from climate alone. This region has been frequently impacted by wildfires in past decades. River discharge can increase after fire events when a substantial part of the river basin is burned.