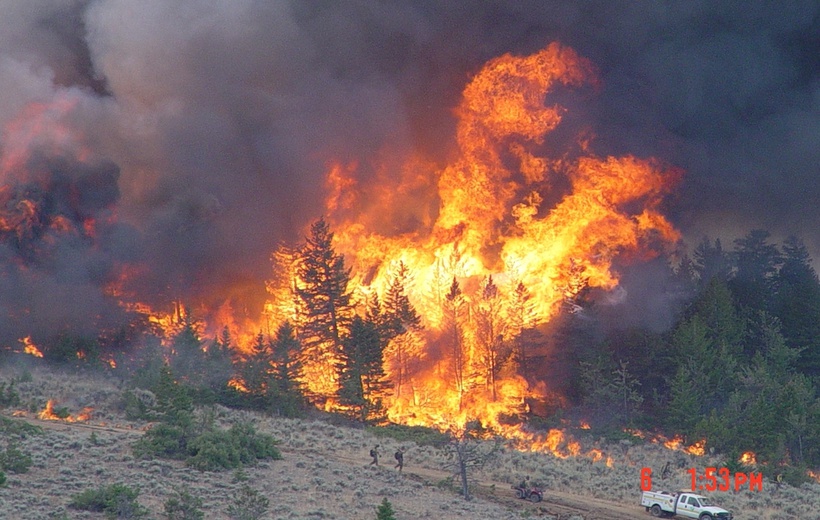 In recent decades, millions of new inhabitants and homes have moved into the wildland-urban interface in these regions. Human alterations of landscapes, and warming and drying climates plus ignitions (most often anthropogenic) during periods of severe fire weather have led to an increased prevalence of extreme wildfire events that often result in very large burned areas and significant impacts on human lives and assets.

The answer to this has been to increase expenditure on reactive fire suppression. This strong focus on fire suppression is destined to fail, a group of experts from all continents argue in a recent perspective on wildfire management in the journal Environmental Research Letters. Focus must shift to mitigation and adaptation instead.

Most experts agree that global warming will increase fire danger and burned areas in Mediterranean-type climate regions. The impact of global warming will be further exacerbated by ongoing changes in land use and management that increase fuel loads and continuity. Land use changes include expansion of human settlements into fire-prone areas, introduction of and invasion by fire-promoting exotic species, establishment of large, poorly managed tree plantations of highly flammable species, and agricultural land abandonment as a consequence of rural depopulation, resulting in replacement by unmanaged vegetation. Together, these trends lead to an increase in the amount and connectivity of fuel at the landscape-level, as well as the expansion of wildland-urban interface and inter-mix areas.

It is mostly extreme weather (fire weather) that drives extreme wildfire events. Land cover type has little impact on the spreading of the fire, except where large-scale and sustained strategic fuel reduction activities are implemented. Under these extreme conditions, fire suppression is largely ineffective even in cases of massive resource deployment. This is due to a combination of factors including strong winds that preclude ground engagement and aerial support, simultaneity of ignitions, and fire intensity above extinction capacity.

By largely ignoring climate warming and landscape-scale buildup of fuels, policy makers have fallen into the so-called ‘firefighting trap’. Most of the investment in fire management has been allocated to fire suppression. This has contributed to ongoing fuel accumulation and landscape-level fuel continuity, and thus, paradoxically, has exacerbated the problem: it is getting more difficult to suppress fires under extreme fire weather, leading to more severe and usually larger fires.

The wildfire suppression approach is shortsighted, the scientists argue in their perspective paper. It seeks to minimize burned area in the short-term, treats fire as delivering only negative impacts, and tends to react to public opinion with ever-greater investment in firefighting capacity. Also, post-fire management, when implemented, is not always oriented to fire hazard mitigation in the medium/long-term. As a result, current land use and policy settings will likely result, in the long run, in larger burned areas and/or a greater share of total burned area being accounted for by the largest, and most intense fires, exacerbating both ecological and socio-economic impacts.

Aim at reducing damage, rather than area burned

The scientists stress that no amount of investment in suppression will prevent extreme wildfire events, in particular if the climate of Mediterranean-type climate regions is to become warmer and wetter, driving productivity and thus flammable biomass. Focusing on reducing area of land burned in any given year will merely postpone them. In fact, extreme fire weather and landscape-scale fuel hazard may confluence and generate fires of extraordinary intensity, seriously threatening lives, property and ecosystems.

According to these experts, the only alternative is to aim for reduced fire severity across large areas and in key locations, to minimize negative impacts to society, ecosystems and their services. Focus must shift from targets emphasizing reductions in area burned to targets more closely related to reducing fire negative impacts, including human lives lost, direct economic losses, soil erosion, water and air quality, carbon emissions, and biodiversity impacts. They propose that governments develop and implement a policy based on two key elements: promoting less vulnerable and more fire-resilient landscapes, and minimizing risk for humans and infrastructure.

Targeting the reduction of the amount and connectivity (landscape design) of fuels would reduce fire growth rate, increase the potential for fire suppression, and mitigate fire damage. Afforestation, reforestation and forest management should incorporate these aims, for instance by including species selection considering flammability. Agricultural policies should be better aligned with forest and fire policy, particularly in the Mediterranean Basin where maintaining farmland areas surrounding villages can help avoid vegetation encroachment around assets. Under controlled conditions, prescribed burning or fuel reduction burning is a very cost-effective fuel treatment to reduce hazard and suppress fire.

Post-fire management provides a window of opportunity to implement large-scale and socially acceptable changes in forest and landscape planning that can create more fire-resilient and less flammable landscapes.

Also, programs may be set up to promote the removal of fuels by local communities. In areas undergoing agricultural land abandonment, encroachment of highly flammable vegetation and tree plantations around rural settlements ought to be contained.

For the local population, community preparedness is a key component of a policy targeting reduced damage. This includes the definition of ‘stay-or-go’ policies, safe escape route, and the engagement of local communities in the design and planning of mitigation actions.

Reducing anthropogenic fire ignitions remains an important component of all fire management strategies although, if not matched with the management of fuels, it will contribute to the firefighting trap.

A policy shift from suppression to mitigation and adaptation

The scientists stress that fire suppression must continue to play a key role in the protection of human lives and assets in Mediterranean-type climate regions. They also conclude, however, that extreme wildfire events will occur more often even in the face of escalating fire suppression expenditures. The focus on fire suppression must therefore shift to one on mitigation, prevention, and preparation. This may be difficult, they realize: fire suppression, when it works, has and immediate effect and is visible to the media, while fuel management is a much less visible investment on the long-term, and out of synchrony with electoral cycles.

Still, they conclude, replying to each catastrophic fire season with ever increasing fire suppression expenditure, while disregarding mitigation and adaptation, will continue to be a major political mistake.