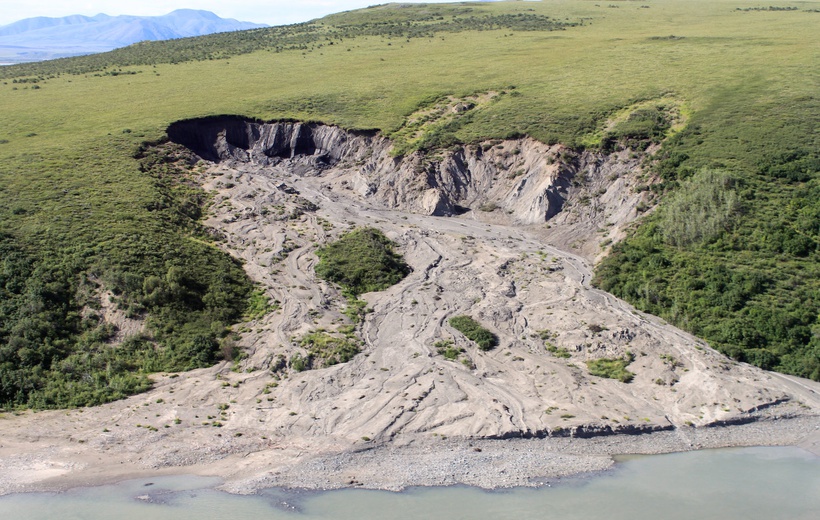 Soils of the northern permafrost zone cover only 15% of the Earth’s total soil area but store more than 30% of the global surface soil carbon in the form of organic matter. Now that the permafrost has started to thaw due to global warming, this vast reserve of permafrost carbon previously stabilized by low temperatures becomes vulnerable to microbial decomposition. As a result, significant amounts of carbon dioxide and methane are released into the atmosphere and further reinforce climate change.

Evidence suggests that 5-15% of the vast pool of soil carbon stored in northern permafrost ecosystems could be emitted as greenhouse gases by 2100 under the current path of global warming. Direct measurements of changes in soil carbon remain scarce, however.

Remarkably, field measurements of thawing permafrost soil in Greenland and Alaska did not reveal detectable changes in carbon content of the soil. Scientists studied this in the Alaskan tundra and found that no detectable changes were found because the field measurements were carried out the wrong way. Carbon pools were based on fixed depths. Using a fixed depth fails to detect soil carbon changes because ground subsidence and compaction due to the thawing of the permafrost brings additional carbon that was once deeper into the fixed-depth inventory and masks losses from the original carbon pool.

The scientists, therefore, chose a different approach. They quantified the carbon content in relation to a fixed, stable mineral component of the soil as a metric for carbon pool comparisons through time. This approach revealed completely different results. Over a five-year period they showed a loss of soil carbon in the upper 55 cm of the permafrost of 5.4% per year in tundra ecosystems at a site in Alaska where permafrost is degrading due to climate change. This is a surprisingly large loss of carbon. Experiments show that this loss is too large to reflect emissions of carbon dioxide and methane into the atmosphere. Part of the lost carbon seems to be transported as particulate and dissolved carbon by water flowing from the melting soil into rivulets and small streams. However, these results indicate that the feedback of carbon dioxide and methane from melting permafrost to climate change may be occurring faster than previously thought.