Global warming may increase destructive potential of hurricanes in the Mediterranean 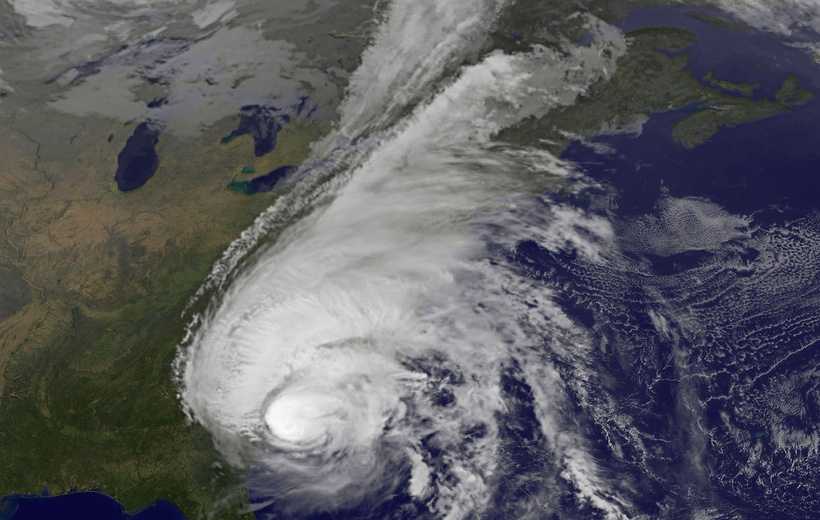 Hurricane Matthew at the US East Coast in 2016. Hurricanes can develop when storms pass the warm water of the Mediterranean Sea, just like tropical cyclones develop in the Atlantic Ocean (photo: NASA, www.flickr.com).

Hurricanes that form in the Mediterranean Sea are called Medicanes: a combination of both words. Medicane winds reach strength over 12 Beaufort. They are a rare phenomenon. They can develop when storms pass the warm water of the Mediterranean Sea, just like tropical cyclones develop in the Atlantic Ocean. In previous decades, Medicanes in the Mediterranean were mostly observed south of the Gulf of Lion‐Genoa (western Mediterranean), and (to a lesser degree) southeast of Sicily (Ionian Sea). They form predominantly from autumn to spring.

Changes in the characteristics of Medicanes have been studied for the near future (2016 - 2035) and the far future (2081 - 2100), compared with the situation in the recent past (1986 - 2005). A global climate model was used for this; scenarios were calculated under an intermediate scenario of climate change. Dramatic shifts were found in Medicane‐related hazards by the end of this century.

Medicanes will occur less frequent but they are likely to become more vigorous. They will become more tropical: they will be associated more frequently with stronger winds and will lead to more intense precipitation. Flood risk posed by these storms will increase. Also, they may change the path they follow: they may become more common in the Ionian Sea and less common in the western Mediterranean Sea.

The model results show that Medicanes will probably not change substantially in the next few decades. They will change significantly by the end of the century, however. In fact, the study was carried out under an intermediate scenario of climate change. When climate change turns out more strongly, the Mediterranean Sea will warm up more strongly and this will amplify the Medicanes' potential destructiveness even more.