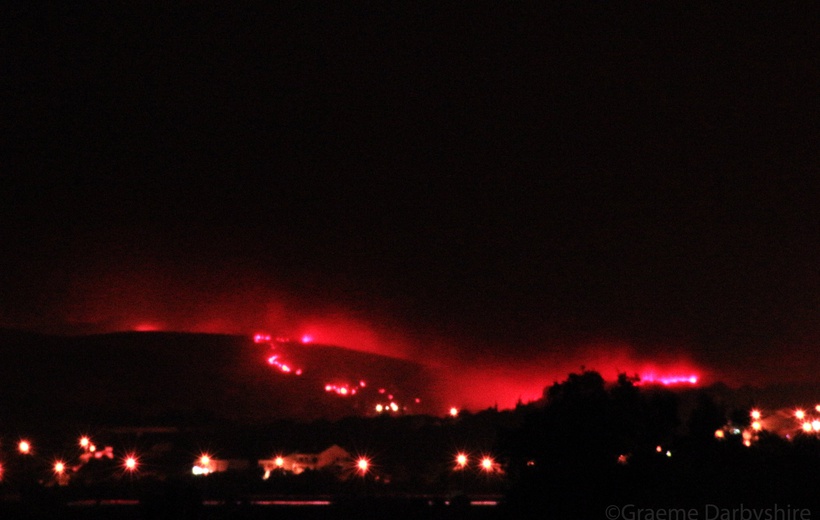 Burnt area is decreasing, but not in northern Portugal

In recent years, there has been a surge of extremely destructive wildfire events in Portugal and Spain. The number of fires was particularly large in central and northern Portugal and in northwestern Spain. In previous decades, burnt area has been decreasing in Spain and central Portugal, however. This was concluded from an analysis of data on burnt areas greater than or equal to 35 ha during the period 1975 to 2013. Only in northern Portugal burnt area has been increasing. The strong contrast in wildfire changes between the north and central Portugal was also found in other studies. What’s different in northern Portugal?

In northwestern Spain, fire suppression has contributed to a decreasing trend of burnt area. In central Portugal, the decreasing trend in burnt area is mostly related to the population decrease and the rural abandonment. Northern Portugal is one of the most densely populated regions of the country, where land cover is a mixture of urban areas, agricultural fields, and forest areas. Since 1990, the rural-urban interface in this area and along the coast has strongly increased, due to the urban growth and to the intensification of the road network. The extending urban-rural interface has contributed to an increase in fire incidence.

The relationship between population and fire incidence is complicated. Demographic shifts from rural to urban areas may favour fuel accumulation in rural areas that leads to large fires. However, the same population reduction also reduces the probability of human-caused ignitions. This may explain in part the burnt area trend in central Portugal cluster, where despite the decreasing trend, there are years, such as 2005, with a very large amount of annual area burnt. On the one hand, parishes with higher population density have more frequent fires. On the other hand, the proximity of these areas to urban centres, where fire suppression personnel and equipment area concentrated, and the higher density of roads that facilitates the access to affected areas, reduces fire propagation through a more efficient firefighting.