Projections indicate: Ocean biomass declines 5 to 17 per cent by 2100 due to global warming 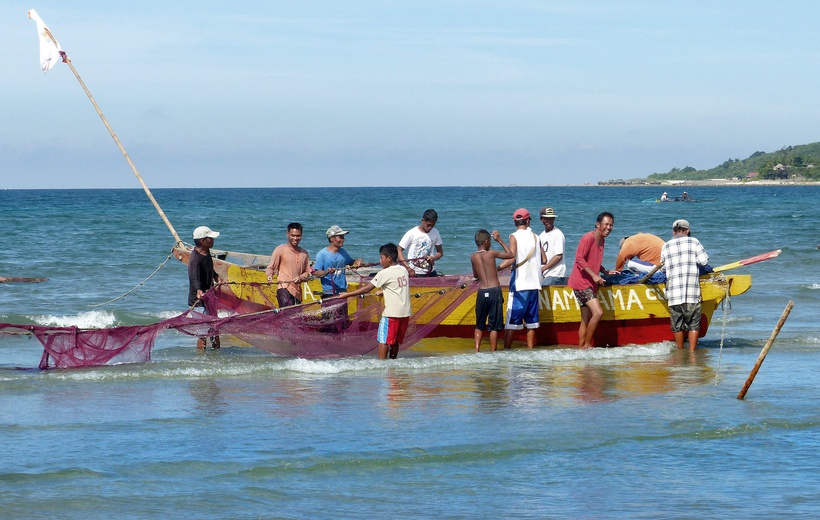 Projected decreases in ocean biomass are largest at the tropics, where many nations depend on seafood and fisheries (photo: Bernard Spragg, www.flickr.com)

On a global scale, ocean animal biomass consistently declines with climate change from the year 1970 to 2100. This was concluded from simulations of six global marine ecosystem models under four scenarios of climate change: a low-end scenario, two intermediate scenarios and a high-end scenario. According to the authors of this study, their results represent the most comprehensive outlook on the future of marine animal biomass to date.

By 2100, the model simulations indicate a decrease of mean global animal biomass by 5% under the low-end scenario of climate change and 17% under the high-end scenario. This agrees with an average 5% decline for every 1 °C of global warming. According to these results, limiting future warming to 1.5 °C to 2.0 °C above preindustrial levels would limit biomass declines to 4 to 6% by 2100, underscoring the potential impact of climate change mitigation according with the Paris Agreement. A comparison with biomass trends of scientifically assessed fish stocks shows that the model simulations reflect observed trends for assessed fish stocks, providing confidence in the future projections.

Declines at the tropics, increases in polar regions

Generally, warming waters and enhanced primary production are expected to facilitate species expansions and biomass increases in polar regions, while tropical areas may experience pronounced species losses as thermal thresholds are exceeded. In temperate regions, warming is expected to change species composition, and reduced primary production due to enhanced stratification will result in biomass declines. Thus, projected decreases in animal biomass are largest at middle to low latitudes, where many nations depend on seafood and fisheries, and where marine biodiversity is already threatened by multiple human activities. In turn, the largest increases are projected at high latitudes, highlighting new opportunities for, and potential conflict over, resource use, but also an urgent need for protecting sensitive species and rapidly changing ecosystems.

Diverging trends for different scenarios after 2050

Declines are similar for all scenarios of climate change through to mid-century, after which they begin to diverge. Thus, the consequences of different scenarios of green house gasses emissions may not be distinguishable over the next two to three decades but differ markedly in the long term.

Source: Lotze et al., 2019. Proceedings of the National Academy of Sciences of the United States of America.