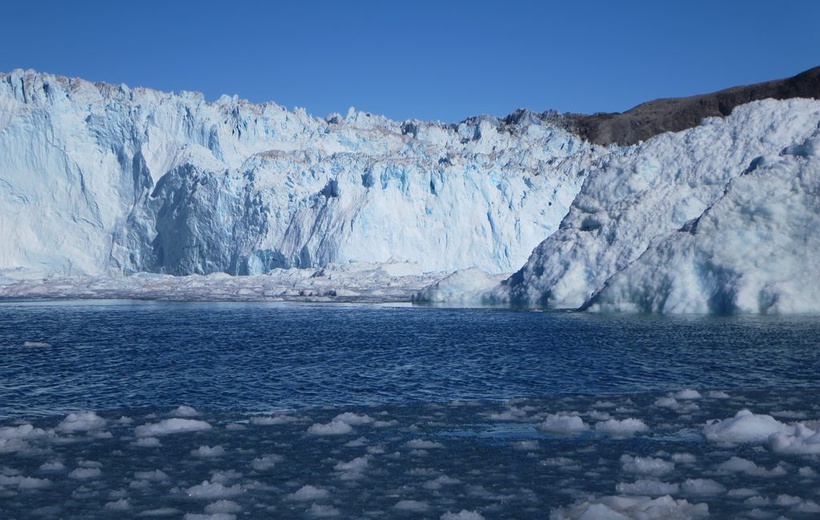 The contributions of the Greenland and Antarctic ice sheets to sea level rise in 2100 and beyond are highly uncertain. More uncertain than was judged in the latest IPCC report on this matter in 2014. As a result, a higher upper value of sea level rise in 2100 should be used for risk management and planning purposes than the upper value of the IPCC. This was concluded by experts in a recent article in Proceedings of the US National Academy of Sciences.Their findings reflect the growth of knowledge on ice sheet dynamics during the last 6 years, and the improvement of ice sheet models. Besides, more observations have become available, and these indicate continued increase in mass loss from both ice sheets.

A structured expert judgement study has been carried out, involving 22 experts. They quantified the uncertainties of the physical processes that determine the mass balance of the ice sheets of the Greenland, West Antarctic, and East Antarctic ice sheets under two scenarios of global warming: a scenario of +2 °C stabilization in 2100 above preindustrial conditions, and a scenario of +5 °C stabilization in 2100. The first scenario reflects the possible consequences of the goal of the Paris agreement to keep global temperatures below +2 °C. The second scenario reflects business as usual from now to 2100.

Upper range more than twice the upper value of IPCC

The experts’ estimate of the median value of the contribution of these ice sheets to sea level rise in 2100 is 26 cm and 51 cm for the +2 °C and +5 °C scenario, respectively. The upper ranges of their estimates, expressed as a 5 per cent probability, are much higher however: 81 cm for +2 °C, and 178 cm for +5 °C in 2100. This is just the contribution of the ice sheets. When thermal expansion and glacier contributions are included, it is plausible that sea level rise could exceed 2 m by 2100 under the business as usual scenario, the experts conclude. This is more than twice the upper value put forward by the IPCC in 2014.

Beyond 2100, uncertainty and projected sea level rise increase rapidly. The 5 per cent probability ice sheet contribution by 2200, for the +5 °C scenario, is 7.5 m as a result of instabilities coming into play in both West and East Antarctica.

Lower IPCC range may be misleading

It is important that scenarios of 21st century sea level rise exceeding 2 m are being used for risk management and planning purposes, the experts stress. Limiting attention to the lower range of the IPCC (2014) may be misleading, they state, and will likely lead to a poor evaluation of the true risks.

Source: Bamber et al., 2019. Proceedings of the US National Academy of Sciences.