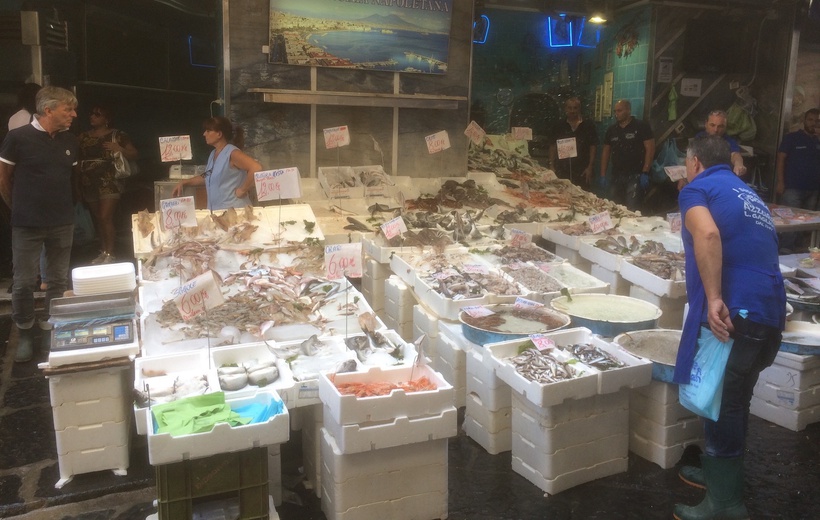 The oceans have already warmed considerably, and the impacts of this warming have affected global marine fisheries productivity. This was concluded from a hindcast analysis of temperature-driven changes in global marine fish biomass production from 1930 to 2010.

The impacts of ocean warming

Fish productivity can be expressed in a quantity termed the ‘maximum sustainable yield’: the maximum catch that can be repeatedly (sustainably) harvested from the ocean’s fish biomass. The effects of ocean temperature changes from 1930 to 2010 on the productivity of 235 global fish and invertebrate populations, covering 33% of reported global catch, have been modelled.

The results show that ‘maximum sustainable yield’ decreased by 4.1% in this period. The greatest losses in productivity occurred in marine regions of East Asia and Europe (North Sea, French and Iberian coastal zones). The greatest gains occurred in marine regions near the east coast of Canada and the United States, and in Europe in the Baltic Sea. The great losses in East Asia are particularly worrying, since this region has some of the largest and fastest-growing human populations in the world.

Studies that project fisheries productivity under future emissions scenarios often predict increases in productivity at the poles and decreases at the equator. These “winning” and “losing” ecosystems under ocean warming are not reflected yet in the changes from 1930 to 2010. Possibly this is just a matter of time.

More vulnerable due to overfishing

Overfishing seems to strengthen the impact of ocean warming on fish productivity. Fish populations that had experienced intense and prolonged overfishing were more likely to be negatively influenced by warming. This interaction likely arises through several mechanisms. For instance, fishing can truncate age distributions and thus decrease reproductive output. Also, fishing can reduce intraspecific diversity, alter species interactions, and damage habitat. Overfishing has reduced the resilience of populations to climate change, and climate change will likely hinder efforts to rebuild overfished populations.

According to the authors of this study, prompt improvements in fisheries management could maintain global wild-capture fisheries yields and profits into the future. It is essential to prevent overfishing and develop management strategies that are robust to temperature-driven changes in productivity, they stress.