European capitals ranked by exposure to heat waves: Valletta at the top, Amsterdam at the bottom 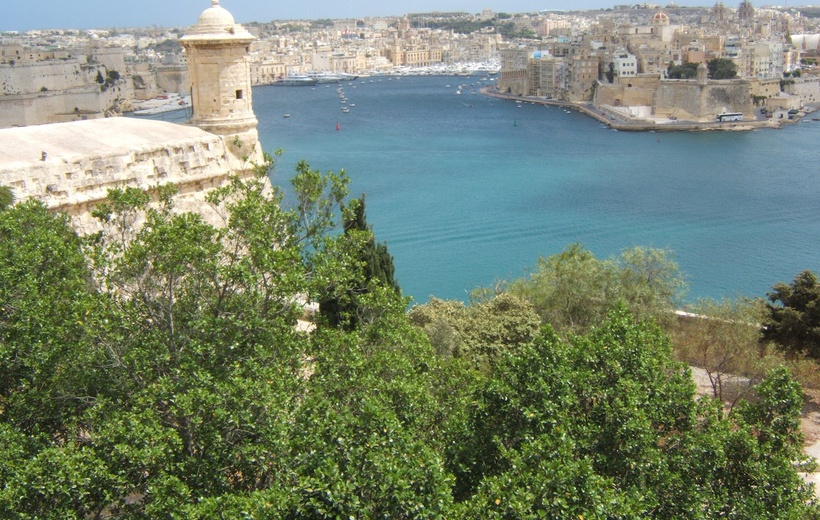 Photo: The Maltese capital Valletta is ranked Europe’s capital city with the most severe heat waves by the end of this century.

Climate extremes in an urbanizing Europe

75% of the population of the European Union lives in urban areas, and this percentage is expected to grow to 82% by 2050. Needless to stress the importance of assessing climate change impacts on the urban environment, so cities can adapt in time to climate extremes. Future heat-related mortality in particular is a major concern, in view of the increasing urbanization and the aging trend of European society.

Heat waves are one of the deadliest weather-related hazards. The death toll of the 2003 heat wave in Europe, for instance, was 40,000 people. More extreme heat waves, with high death tolls, have struck Europe since then, like the one of 2010 impacting Moscow, or the recent 2017 heat wave in western and central Europe.

In order to raise awareness that it is time to act and adapt cities to temperature extremes, future impacts of temperature extremes in European capital cities have been assessed, with emphasis on heat waves. Model simulations were used for this, based on a high-end scenario of climate change. Selected time slices are near future (2021 - 2050) and distant future (2071 - 2100), and near past (1981 - 2010) for comparison. Focus was on 31 European capitals (EU28 plus Moscow, Oslo and Zurich).

Heat waves are defined in many different ways. In this study, a heat wave is defined as a period of at least 3 consecutive days with maximum temperatures above a certain threshold. No fixed value for a threshold was chosen since this would highlight heat waves in southern Europe far too much. A couple of days of 27 °C in Northern Europe, for instance, may be experienced as a heat wave by the local population, but would not be noticed if the heat wave threshold were set at 30 °C. A definition for the heat wave threshold was chosen, therefore, that allows for this threshold to vary in time and space: the threshold is the 10% highest maximum daily temperatures in a certain time of the year, as observed in a certain city over the reference period 1981-2010. This way, a lower threshold is calculated for the North than for the South of Europe.

In this study, the intensity of a heat wave day is defined as the number of degrees maximum temperature exceeds a certain threshold, calculated from observations in the past. The sum of these intensities for all days of the heat wave presents an estimate of heat wave intensity. This sum is called the Heat Wave Magnitude Index in this study.

In a similar way, the intensity of projected future cold waves was quantified, focused on sequences of days colder than the 10% lowest minimum daily temperatures in a certain time of the year over the reference period 1981-2010.

For both cold and heat waves three labels were used to characterize these extreme evens: “severe”, “extreme”, and “very severe” events.

In the near future, extreme heat waves are more likely to occur in Madrid and Valletta, and (with decreasing likelihood), Lefkosia, Ljubljana, Rome, Sofia, Athens, Bucharest, Budapest, and Zurich. By then, very severe heat waves are most likely in Valletta and Madrid, and to a slightly lesser degree in Rome and Sofia. In the distant future, the probability of occurrence of very severe heat waves will be high in a large number of cities: Athens, Bratislava, Bucharest, Budapest, Lefkosia, Ljubljana, Madrid, Rome, Wien, Zagreb, Zurich, Paris, and Lisbon. By then, the probability of an extreme heat wave to occur is relatively low only in Amsterdam. Still, also for Amsterdam, extreme heat events are a serious future threat, despite the city being ranked with lowest heat wave risk in 2100 in comparison to other European capitals.

The Maltese capital Valletta particularly emerges from this study, being ranked Europe’s capital city with the most severe heat waves by the end of this century. These impacts will likely be even more serious due to Valletta's geographic location in the middle of the Mediterranean Sea where high humidity may add to these high impacts for the local population. Another important finding is the projected dramatic increase in heat wave occurrence in the continental European cities of Bucharest, Budapest, Ljubljana, Prague, Paris and Zagreb.

Cold waves will still represent some threat in 2050 but they will not be the major threat in Europe’s capitals. By the end of this century, cold waves are projected to completely vanish. The increasing negative impacts of extreme heat will by far outweigh the positive consequences of vanishing cold waves. Specifically in urban areas, the crucial negative impacts of extreme heat include health risks, human discomfort, associated higher concentrations of pollutants, lower water quality, increase in the energy demand for cooling, and decrease in labour productivity.