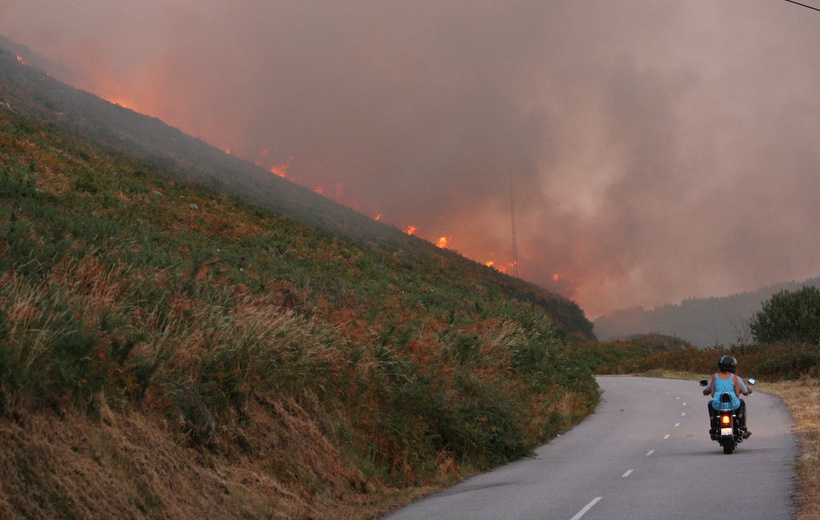 The latest high-resolution climate models confirm earlier projections for mainland Portugal: hot days will get much hotter, and heat waves more frequent and extreme. These latest results are future projections for 2071 - 2100 (compared with 1971 - 2000, as a reference) based on a moderate and high-end scenario of climate change.

Maximum summer temperature may increase by up to 8°C

Strongest changes near border with Spain

Future changes are not the same across Portugal. Projected rise in maximum temperature shows a large west-east gradient highlighting the lower warming in the coastal areas and the opposite near the border with Spain.

In this study heat waves are defined as periods of more than 5 consecutive days with maximum temperature higher than the 10% hottest days during the summer period (May – September) in the historical reference 1971 - 2000. The annual number of heat waves on average increases by seven to ninefold by 2100 near the Spanish border, under the high-end scenario of climate change. The general heat wave length increases from 5 days now to 22 days in 2100. 5% of the longest events will last for more than one month.

The authors of this study stress that future extreme heat events will have massive health, environmental and economic impacts. The 2003 heat wave was responsible for a 3.5% increase in mortality in Portugal and more than half of the heat waves by the end of this century may be stronger than this. Along with these heat extremes, an extension of the dry period and a significant reduction of precipitation are projected. This will strongly increase the hydro-meteorological hazards, like droughts, which will have severe impacts in river water quality, agriculture and forests. An amplified risk of increased aridity and large forest fires is thus foreseeable.