When will wildfires show the fingerprint of global warming? 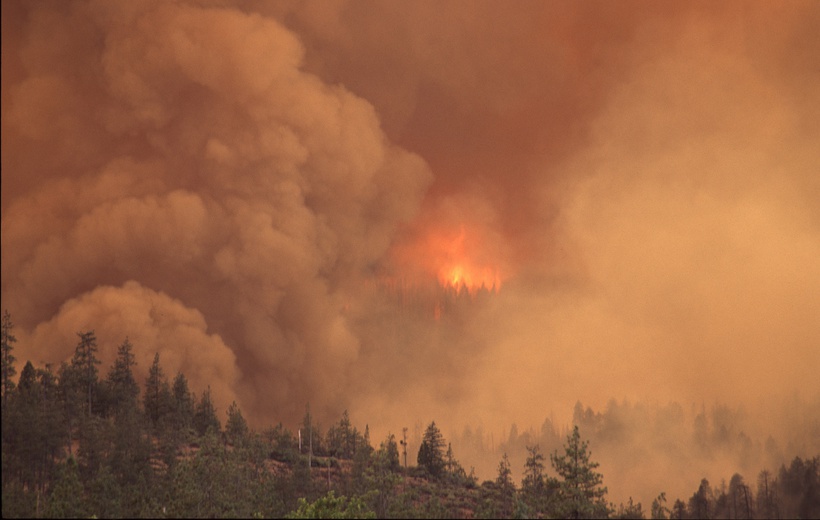 Wildfire in the US Pacific Northwest (photo: Bureau of Land Management Oregon and Washington, www.flickr.com)

It is to be expected that wildfires will occur more frequent and will become more severe as a result of global warming. In fact, increases in the frequency and severity of fire weather have been observed across the globe over the past half-century. These increases are not necessarily due to global warming. Other anthropogenic activities, such as land-cover change, population growth, and changes in fire suppression, may play a role as well.

More insight into the attribution of climate change to fire weather conditions is important: it highlights potential timelines for adaptation measures. This calls for specific analysis to distinguish the impact of anthropogenic climate change from other factors, and from natural variability. These analyses can also look into the future and distinguish from climate model simulations when the fingerprint of climate change on fire weather conditions has become so strong that we can actually say that anthropogenic climate change is indeed affecting wildfires. These specific analyses are called attribution studies.

The emergence of anthropogenic climate change in fire weather conditions has been studied on a global scale by using a large number of climate models and simulating four climate characteristics that influence fire risk: daily maximum temperature, daily minimum relative humidity, daily accumulated precipitation, and daily mean wind speed. These four variables can be combined into an index called Fire Weather Index (FWI), an indicator of potential fire intensity. This indicator combines the impacts of fuel aridity and fire weather, and has been shown to be a good indicator for burned area across broad regions of the globe. Changes in this indicator can be expressed in different metrics that indicate changes in the frequency of occurrence of extreme fire weather days, in the length of the fire weather season, and in upper values of the risk level. Projected changes in future decades were compared with the period 1861-2005; the latter period describes natural variability of (more-or-less) preindustrial conditions. The future projections were based on a high-end scenario of climate change.

The results show that for some of these metrics a climate change signal is already emerging for parts of the globe, including much of southern Europe and the Amazon. Global areas showing this emergence will expand with continued warming over the twenty-first century. These findings suggest substantial increases in fire potential in regions with abundant vegetation (fuel).

The Mediterranean stands out as a region where wildfire risk increases fast: by 2030, both the frequency of extreme fire weather days, the upper values of risk levels, and the length of the fire weather season will have increased so much that a relationship with climate change can be clearly established. This is consistent with the development of this region as a hotspot of increasing drought risk.

What if we succeed in stopping global warming at 2°C (the Paris Agreement)? According to this study, the local impact of climate change on the frequency of extreme fire weather days and the length of the fire season would still be evident for 30 and 21% of global burnable land, respectively. Most pronounced in the Mediterranean, southern Africa, and portions of the Americas. These percentages would nearly double at 3°C warming.

The results indicate that large wildfires will occur more often, and more often simultaneously in different parts of the same region. This calls for additional investments in fire suppression. Also, the results illustrate the importance of limiting warming of global mean temperature to no more than 2°C. Indeed, previous estimates of increasing burned area in Mediterranean Europe showed that the magnitude of such increases was substantially reduced when warming was held below 2°C above preindustrial levels.