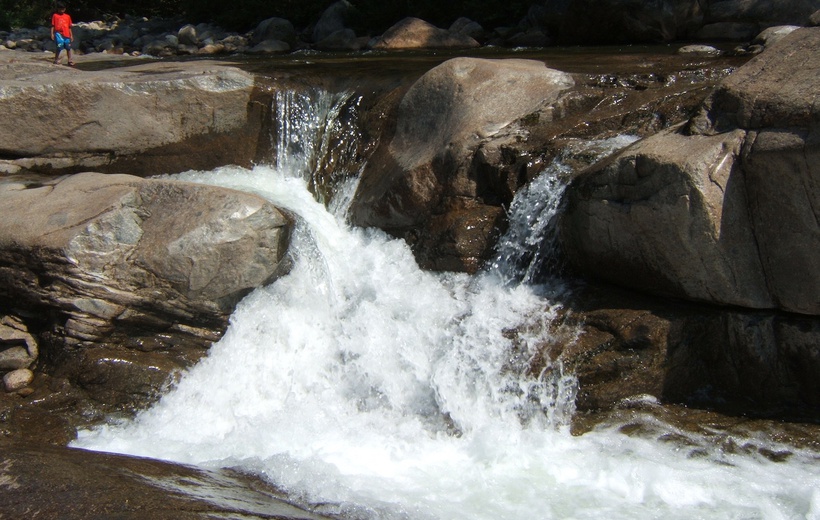 With global warming more precipitation in the mountains will fall as rain. Consequently, snow storage is expected to decrease. Along with changes in snowmelt rates and timing, this may reduce spring and summer low flows.

The impact of changes in the amount of snowpack that accumulates in the winter in the Alps on future summer low flow was modelled for a large number of catchments in the Swiss Alps. A moderate scenario of climate change was used.

Annual snowpack accumulation is expressed as the volume of water it represents, the so-called Snow Water Equivalent (SWE). This volume will decrease in the future because precipitation changes: more rainfall, less snow. This change has the strongest impact at lower altitudes in the mountains. The results indicate that relative decrease of annual maximum SWE in the Swiss Alps is largest at elevations below 2,200 m: a reduction of 60-75% by the end of this century compared with the current situation. Above 2,200 m, this decrease is ‘only’ 20-60%. In addition to this reduction of snowpack accumulation, the snowmelt will start earlier due to the increase in air temperature: snowmelt season is projected to start up to 4 weeks earlier and last 5-20 days shorter.

These large changes in seasonal snow storages will greatly influence the water distribution both in time and space, especially in mountain regions with snowmelt-dominated runoff. In short: snow will play a minor role in the future for low flows, especially in July and August, and for elevations around 1,500-2,000. For elevations below 1,500 m, snow storage doesn’t contribute that much to summer low flow today and this will not change in the future.

It is especially snowpack accumulation decrease that will affect future summer low flows. The impacts of other changes, such as earlier snowmelt and changes in evapotranspiration, are less important. In the course of this century, runoff originating from snowmelt will contribute much less to river flow in June to August: the study shows that this contribution will decrease by more than 50% in the summer by the end of this century at the highest elevations in the Alps, compared with the current situation. At the lowest elevations, the contribution of snowmelt to summer river flow will almost disappear. Winter low flows in mountain catchments, on the other hand, are expected to increase.

The decrease in snowmelt water volume would affect reservoir management and could cause decreased water availability during the warm period for uses such as hydropower, irrigation and recreation. The decrease in low flow in spring and summer caused by the decrease in snow storages would also affect ecology of river systems.