When the soil dries out, Europe’s heat waves will become more extreme than previously thought 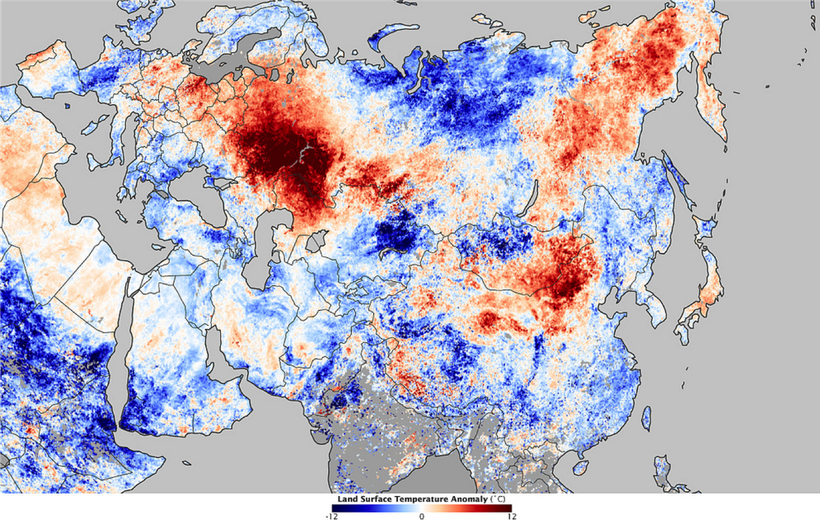 The 2010 heat wave in eastern Europe and Russia ranks among the hottest events ever recorded in the region. It was likely the hottest summer in the last 500 years in this part of the world. There were over 50,000 extra heat-related deaths, and economic losses were more than US$15 billion.

In addition to the widespread, anticyclonic conditions that led to this heat wave, depletion of soil moisture was a crucial driver behind the extreme heat. Evaporation from the soil and transpiration by plants was very low due to the very dry soil. As a result, little of the sun’s radiation was used for evaporation and transpiration, and thus turned into a latent heat flux that cools the surface. Instead, most of the sun’s radiation was turned into surface warming.

The low soil moisture conditions were a necessary basis for this extreme heat wave. Still, under present climate conditions, soil moisture levels are generally high enough, and surface evaporation is strong enough to cap maximum summer temperatures. These constraints may weaken, however, under future warming, scientists warn in an article in Nature Climate Change. In future summers, soil moisture levels quickly decline after the start of summer, and the soil will be largely depleted of moisture long before the end of summer. Even an above-average wet spring will no longer be able to constrain summer temperatures under atmospheric conditions similar to those of the 2010 heat wave.

They simulated the atmospheric heat wave conditions of 2010, in a warmer world. They focused on 2075 under a high-end scenario of global warming. ‘Future mid-latitude heat waves analogous to the 2010 event will become even more extreme than previously thought’, they conclude, ‘with temperature extremes increasing by 8.4 °C over western Russia.’ Because of the disappearance of the evaporative cooling constraint, atmospheric conditions similar to those of 2010 will lead to much higher temperatures than the mean climate change effect.