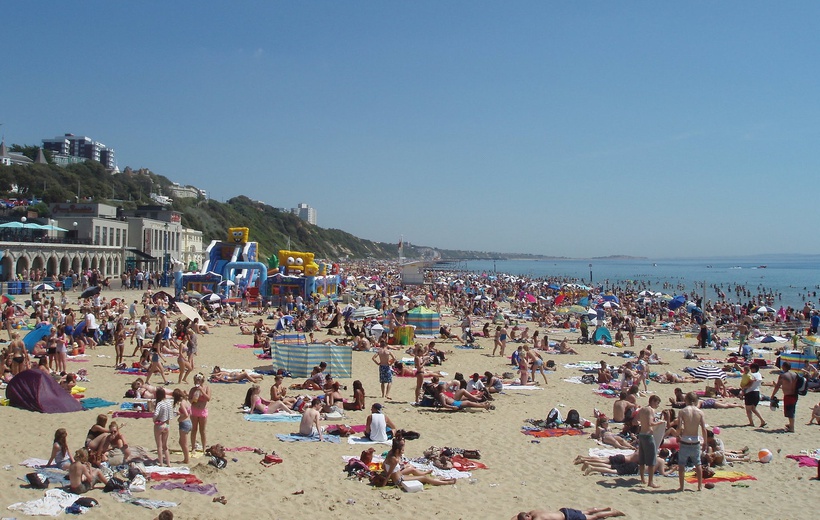 Each year, a special Bulletin of the American Meteorological Society presents assessments of how human-caused climate change may have affected the strength and likelihood of individual extreme events globally in the previous year. Recently, the special bulletin on 2018 was published. For Europe, the heat wave extremes of the summer of 2018 were analysed in three publications. The overall conclusion: these extremes were exceptional and were made more likely by human-caused climate change.

The summer of 2018 was exceptionally warm in Europe, with a range of all-time temperature records set across the continent, including Scandinavia, central Europe, Iberia, and the British Isles. Impacts were felt across Europe, with wildfires burning in Sweden, heatstroke deaths in Spain, and widespread drought.

Different from other extraordinary summers, extreme temperatures did not occur during the same weeks everywhere, hitting the British Isles in June, Scandinavia and central Europe in July, and south-western Europe in August. Together, they yielded the warmest European summer of the last 519 years, above the record-breaking summers of 2003 and 2010, albeit by a small margin.

Several European regions experienced season-long heat events with a present-day return period greater than 10 years. The present-day likelihood of such events occurring is approximately 10 to 100 times greater than a ”natural" climate. The extreme daily temperatures experienced in parts of Scandinavia, the Netherlands and the Iberian Peninsula would have been highly unlikely without anthropogenic warming.

In Portugal and Spain, the August 2018 heat wave was the warmest since that of 2003. Recent climate change has exacerbated this event making it at least 1°C warmer than similar events since 1950. In Scandinavia, the Netherlands and Belgium, the record-breaking temperatures were exacerbated by a persistent drought. The heat wave and drought favored unprecedented forest fires in Scandinavia.