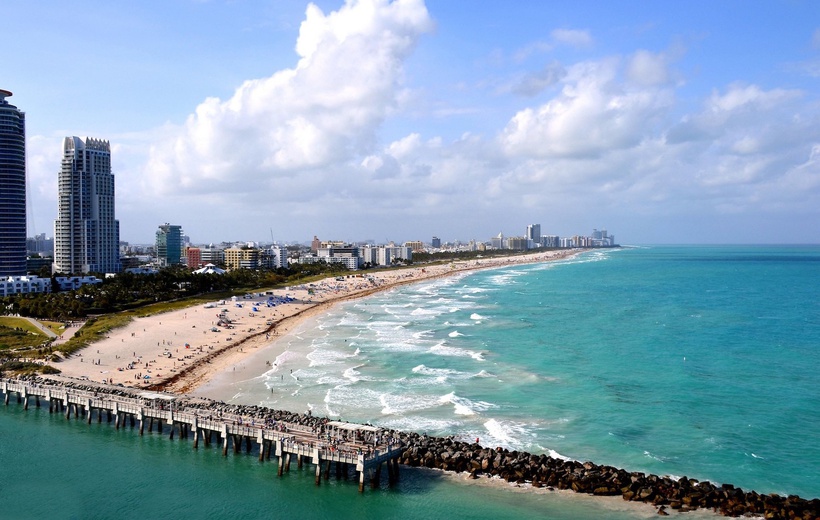 In large parts of the world, high-quality (airborne) land elevation data are unavailable or expensive. As an alternative, satellite-based data can be used. These data are available for parts of the globe that are home to 99.7% of the world population. The quality of these data suffers from the fact that satellites measure the elevation of upper surfaces and not bare earth terrain. The satellites measure the height of trees and buildings, and not the land surface. These data, therefore, have a positive bias when used to represent land elevation, especially in densely vegetated and in densely populated areas. Mean bias can be several metres for land areas with an elevation in between 1 and 20 m.

The elevation of densely populated coastal zones appears to be much lower than has been assumed in many studies so far. When quantifying the number of people exposed to sea-level rise, a positive bias of a few metres results in strong underestimations.

This problem has been addressed recently by using neural network techniques to correct the data. As a result, the bias in elevation was reduced from a couple of metres to less than a few decimetres. For coastal cities such as Miami, New York City, and Boston, for instance, vertical bias was reduced from 4.71 m to less than 0.06 m. Needles to say that a global assessment of the number of people exposed to coastal flooding based on these data paints a completely different picture compared to studies in the past.

Estimates of number of people exposed

With these new data on elevation, vulnerabilities have been updated. In this update, coastal defences are not considered since location data of the defences are not available at the global scale. Changes in population growth and migration are also not considered; the results indicate threats relative to present development patterns.

The new elevation data triple the estimates of global vulnerability to sea-level rise and coastal flooding. The projected rise of the current high tide line under a high-end scenario of climate change will increase the number of people living on land below this line from 110 million today to 190 million (range: 150–250 million) in 2100. Under this high-end scenario, the number of people living on land below annual flood levels is projected to increase from 250 million people now to 340 million people for mid-century, and 630 million people for 2100.

If we would succeed in keeping global warming below 2°C, and the Antarctic ice sheet would not become unstable, the number of people living on land below annual flood levels would still be 360 million in 2100.

It was previously estimated that currently about 640 million people live in the low elevation coastal zone, defined as areas below 10 m. With the new elevation data, this estimate rises to just over one billion people.

The new elevation data paint a particularly grim picture for several Asian countries. Bangladesh, India, Indonesia, and the Philippines see a 5-fold to 10-fold change in estimated current populations below the projected high tide line after applying these new data.

More than 70% of the total number of people worldwide currently living on implicated land are in eight Asian countries: China, Bangladesh, India, Vietnam, Indonesia, Thailand, the Philippines, and Japan. Chronic coastal flooding or permanent inundation threatens areas occupied by more than 10% of the current populations of nations including Bangladesh, Vietnam, and many Small Island Developing States by 2100.

Implications of the new data

The authors of this study conclude that coastal communities worldwide must prepare themselves for much more difficult futures than may be currently anticipated. Sea-level rise this century may induce large-scale migration away from unprotected coastlines, even in the US. Large-scale migration may pose serious challenges to political stability, and may lead to more conflict.