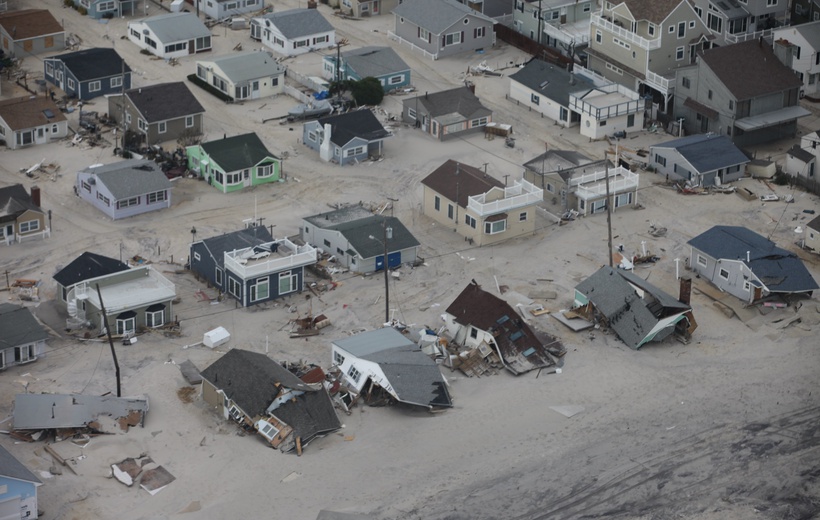 Natural hazards like floods and storms do not have to turn into disasters. A disaster only occurs when people and their assets are both exposed to the hazard and vulnerable to its impacts. When a hazard strikes an unpopulated area, or when the people living there have taken the right measures to be resilient, the hazard doesn’t lead to a disaster. This is an important fact in times of climate change, when the frequency of natural hazards may strongly increase: hazards and disasters are two different concepts!

Recent studies indicate that the impact of some hazards (storm surges, heat waves) has decreased in recent decades. Scientists decided to study a wider array of weather-related disasters that have occurred in the last three decades (the period 1980 - 2016) to see how human and economic vulnerability has changed globally. Their results are based on records from Munich RE’s NatCatSERVICE, one of the most complete natural disaster databases available.

The number of natural hazards is increasing

The most events are reported for floods and wind. Wind-related disasters are the most lethal and account for nearly 40% of the fatalities of all 7 analysed weather-related hazards combined, while wind-related and general flood hazard each represent about one third of the total economic losses. In the database there are no drought events with fatalities, and little heat waves with reported economic losses.

The number of reported hazards shows a statistically significant increasing trend in the analysed period both for the 7 hazards together and for each individual hazard. This also holds for the economic impacts; for reported fatalities there is no statistically significant trend. The strongest growth in reported events is observed for flash floods, general floods and wind-related hazards, with the latter two also showing the strongest rise in economic losses. The smallest rise in the number of reported events is for heat waves and drought, hence for hazards that occur more sporadically in time.

Vulnerability to natural hazards is decreasing

Investing in protection and resilience pays off

Clearly, investments in protection measures to natural hazards, early warning systems, and disaster risk management strategies pay off globally. Both the number of hazards and the number of people exposed to them has increased, but hazard vulnerability has dropped strongly. Improved protection against hazards has counter-balanced the effects of increasing exposure. As a result, global average human mortality by all 7 analysed weather-related disasters, expressed as number of fatalities per 10,000 people exposed, has dropped 6.5 times in 2007 - 2016 as compared to the period 1980 – 1989. Loss rates have dropped nearly 5 times.

Nevertheless, a considerable vulnerability gap between low- and high-income countries is still evident for specific hazards. For instance: mortality rates for coastal floods and windstorms in poor countries are 9-10 times as high as in wealthier countries. Poorer countries still remain particularly vulnerable to these hazards. For all 7 hazards combined, mortality rate is still 4.4 times larger in low- compared with high-income countries.

This study does not include all impacts of natural hazards simply because disaster databases generally only include estimates of direct losses that are immediately visible after the occurrence of the event. Indirect losses that may occur in the aftermath of the event, such as loss of jobs, business interruption, and negative effects on a country’s economy, are not documented. Further, apart from the fatalities, people can suffer a wide range of impacts from disasters, often with delayed effects. This study’s focus on mortality and direct economic loss rate is a necessarily simplified view on human and economic vulnerability.