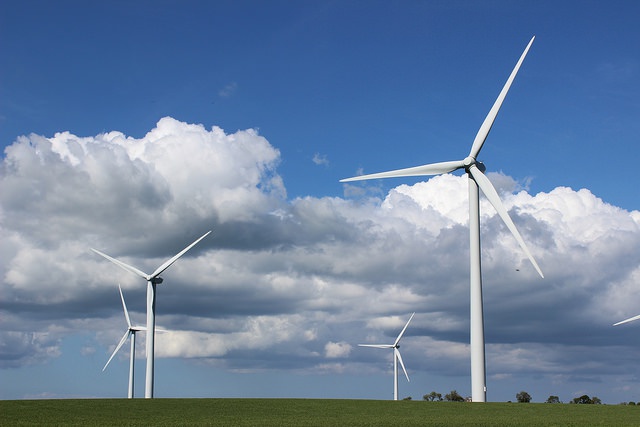 The lifetime of a wind turbine is some 20 years. Wind industries, therefore, commonly make an estimation of the expected wind power yield over the next 20 years. For Europe, the potential change in wind power output under climate change was investigated for the near-future period 2020-2049, compared with the reference period 1979-2005. This was done for a moderate scenario of climate change. The results show a north-south division in changes in wind speed and power output.

Mean wind speeds are projected to increase significantly with 2%-4% over northwestern Europe during summer and winter, while significant decreases of 3%-6% are expected for the Mediterranean in winter. Changes during summer are insignificant for southern Europe. Such a north-south division is also present in the annual mean values.

The changes in power output are about twice as strong as the changes in wind speed. In northwestern Europe, power production is projected to increase by 4%-8%. In the Mediterranean, power production is projected to decrease by 6%-12% in the winter. These results confirm the conclusions of earlier studies on a north-south division in Europe, with an increase in wind energy potential in the North and a decrease in the South.