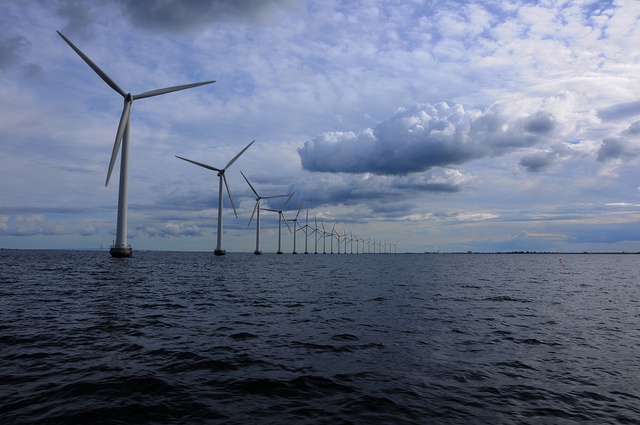 By our guest editor Hanna Johnson

What sounds like a project from the future, the upcoming North Sea Wind Power Hub is an ambitious plan that has the goal of building a wind farm on an island right in the middle of the North Sea. The hub will be planted on a six-kilometer-square island approximately between Norway, Great Britain, and Holland.

More specifically, the wind farm’s main, and only, duty is that of creating energy – up to 30 GW of it. In fact, the electricity generated from the island is thanks to the strong winds that are recurring in that region. The power plant will then go on to supply energy to 80 million people spread out between 6 different countries.

Captained by Dutch-German energy companies TenneT and Energinet of Denmark, there are already talks of expanding the project from an island to archipelago. The plan focuses on developing the windmill farms not too far from land, but far enough so that they can work off the wind found in that region. With the archipelago, the energy produced can reach up to 100 GW. And although the project sounds like it’s out of a movie, both companies are already working on the island’s creation. In fact, the island is being completely built from scratch, which means that ramparts must also be built to protect the plant from the North Sea storms. Set to be completed by 2027, the precise location of the hub is Dogger Bank located at 125 kilometers from the coast of East Yorkshire, England.

Thanks to the strong winds in the area, the North Sea is the best candidate as far as wind power goes. However, because the archipelago is being built in the middle of the sea, rather than close to shore like others, the maintenance cost rises. Nevertheless, the project managers assure that the revenue generated from the North Sea Wind Power Hub will be enough to also cover the maintenance fees.

With many windmill farms already dotting the North Sea, the new Hub will have an even larger impact on the wind power industry. The total power generated for Europe by wind power plants is of 13 GW, and right now the most productive of the windmill farms is the London Array, reaching 630 MW. Furthermore, the North Sea Wind Power Hub will also increase competition with the main competitors in the renewable energy, China. With an increase of 370 GW between 2017 and 2022 calculated by the IEA, China is leading the game. Right behind them comes the USA with 120 GW by 2022, and Europe with 100 GW trailing behind.

If the North Sea Hub is ever finished it would be a great result in terms of environmentalism and the European climate change goals. Instead of manmade power, nature would be supplying it through its winds!