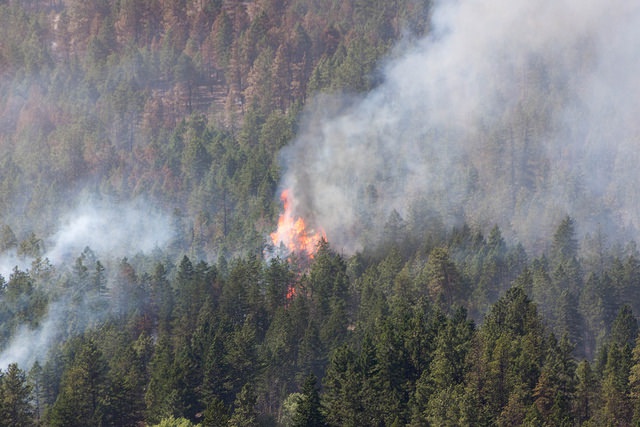 A new strategy is urgently needed for actively managed boreal forests focused on the replacement of needle-leaved tree species by broad-leaved species. This call is made by scientists in the scientific journal Nature Climate Change. This shift would be a win-win strategy coupling climate mitigation and adaptation: it would reduce fire risk while the higher surface albedo of broad-leaved species would help mitigating climate change.

The boreal forest is experiencing higher rates of warming than any other forested region on the planet. Boreal forest fires not only impact greenhouse gas emissions, they also impact human health and safety, damage physical infrastructure, and result in losses of industrial timber. For instance, the 2010 wildfires around Moscow (Russia) were linked to roughly 11,000 deaths through their effect on air pollution. The 2016 Fort McMurray fire in Canada resulted in estimated losses of CAD$4.6 billion.

In 2015, needle-leaved forests represented 54% of the boreal biome. Increasing the broad-leaved tree composition is an effective way to adapt to the increased regional fire risk from climate change, the scientists argue. Because of their higher leaf moisture content and lower flammability, broad-leaved tree species are less likely to burn than needle-leaved. Pure broad-leaved stands are about 24 times less likely to burn in a stand-replacing event than pure needle-leaf stands. Reducing the risk of wildfires (with regards to both frequency and spread) in boreal biomes through increased broad-leaved tree composition is therefore a means to reduce greenhouse gas emissions.

Because of the higher year-round albedos of deciduous broad-leaved forests compared to evergreen needle-leaved forests, the earth would absorb less solar energy. A cooling effect throughout the boreal zone.

A shift from mature needle-leaved to mature broad-leaved forest can reduce the fire risk between three to five times for many boreal forest regions. This shift can be made as part of regular management activities in actively managed forests. In southern Canada, for instance, converting just 0.1-0.2% of forested area per year, starting in 2020, may  even be sufficient to mitigate the expected increase in fires due to climate change, scientists state.