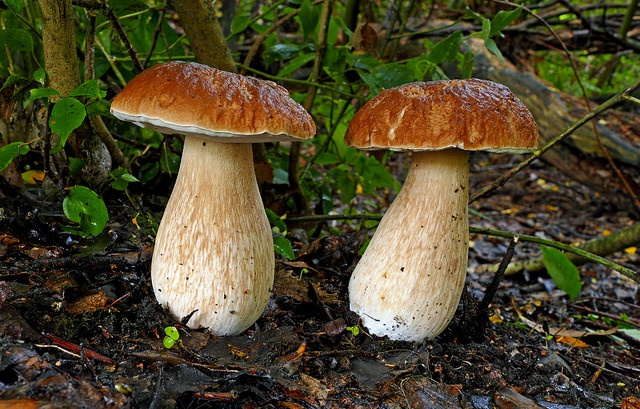 Wild edible mushrooms represent an important food source and may be regarded as a key non-wood forest product in the Mediterranean region. The economic value of mushroom-based ecosystem services of forests can be much higher than the economic profit traditionally obtained from timber-oriented forestry. Forest fungi also play a critical role in forest ecosystem functioning through their contribution to nutrient and carbon cycles.

Lower yields due to droughts?

The provision of these ecosystem services may be affected by climate change, especially as a result of changes in precipitation and soil moisture. Previous research has raised concerns about the potentially negative effect of climate change on future mushroom productivity. This productivity in Mediterranean ecosystems might experience a sharp drought-induced decrease. Future hotter and drier conditions for the Mediterranean region would reduce soil water availability and negatively affect mushroom productivity.

Higher yields due to a longer fruiting season!

Unexpectedly, a study for the northeast of Spain revealed a positive effect of climate change on long-term mushroom productivity for the period 2016 - 2100. Projected mushroom yield increased under both intermediate and high-end scenarios of climate change. Apparently, autumn precipitation and soil moisture are expected to remain more or less stable (or even increase slightly) during the fruiting season along the 2016 - 2100 period while the fruiting season lasts longer. Temperatures are expected to increase in the end of the season (November-December), when precipitation and water availability in the soil are sufficient for mushroom fruiting. In the current climate, low temperatures limit mushroom production in these months.

Thus, a positive impact of global warming on mushroom productivity in this part of Spain appears to result from an elongation of the mushroom fruiting season in November and December rather than a shortening associated with droughts in autumn.