The number of people dying from storm surge floods is decreasing 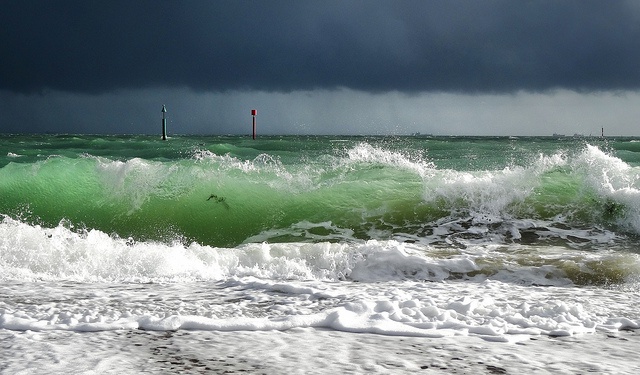 Storm surge events very likely will become more severe due to sea-level rise. Their impact may become more catastrophic due to population growth in coastal zones as well. The impacts of storm surges caused by windstorms or cyclones in the past have been studied based on a record of major global storm surge events for the period 1900-2015. According to the authors of this study, their list of 121 events can be considered to be the first compilation of global historic storm surge events with high numbers of fatalities.

The estimated total number of people killed by storm surge events over the period 1900-2015 according to this database amounts to about 1 million, while the total number of people affected is 172 million. This is on average some 8000 fatalities and 1.5 million people affected per year. The largest share of fatalities (71%) has occurred in South Asia. This is caused by a dense coastal population, frequent cyclones, and in some places low protection levels and lack of warning.

The occurrence of very substantial loss of life (>10 000 persons) from single events has decreased over time, especially since the 1960s. This is remarkable since world population has approximately doubled since the 1960s, and increased six-fold since 1900, with much of this increase occurring in the coastal regions. Storm surge mortality, the fraction of people exposed to the storm surge flood that are killed, has decreased consistently for all global regions, except South East Asia.

According to the authors this downward trend is probably related to improvements in the prediction of storms and typhoons, and more effective warning and evacuation of the population. Over the last decades, flood protection and forecasting, quality of residential buildings, early warning and evacuation, have improved considerably in most parts of the world.

No guarantees for the future

The authors stress that the current decrease of number of fatalities and event mortality could slow down or even reverse. Sea-level rise could contribute to more frequent events, higher flood depths and thus less effective protection, and factors such as land subsidence and population growth can affect potential loss of life. Continued investments in the reduction of the vulnerability of coastal regions will remain important, therefore, through forecasting, emergency and land use planning as well as physical protection.