Rate of sea level rise is accelerating, as predicted 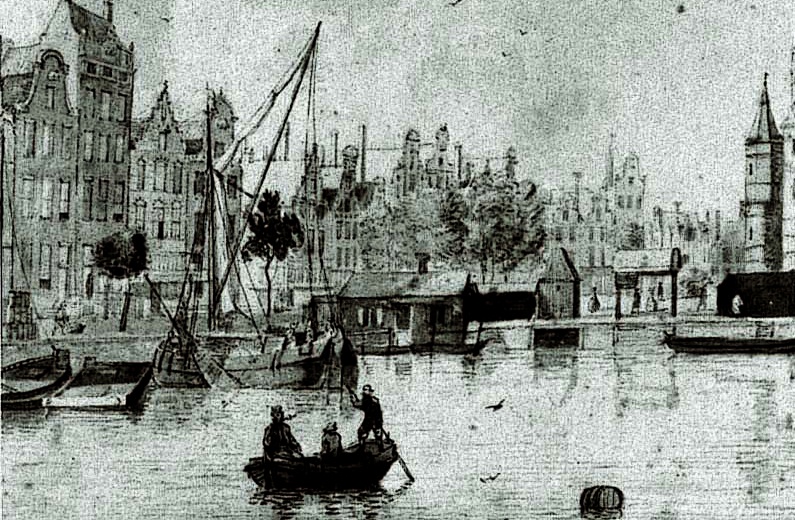 Amsterdam (the Netherlands) has the world’s longest time series of sea level rise. Measurements started in 1700 at the City’s Water Office (Stadswaterkantoor), the building in the middle of this drawing.

Tide gauge data show that global mean sea level has been rising at a rate of 1.1 ± 0.3 mm/year in 1901-1990. Satellite data show a sea level rise of 3.1 ± 1.4 mm/year over 1993-2012. Clearly, the rate of global mean sea level rise is accelerating. This is no surprise; scientists have projected this for many years. We just needed a sufficiently long dataset of accurate measurements to find the signal. Now that satellite data span a time period of 25 years, several studies are carried out to quantify this acceleration. Here we summarize some recent results.

Yi et al (2017) studied the same satellite data, be it over a shorter time period of 2005-2015, but combined these data with observations of changing salinity and temperature in the oceans, and of land water and land ice contributions to global mean sea level rise. Thus, they were able to ‘scrutinize and understand the sources of the sea level acceleration in the last decade’. According to their results, the acceleration during the last decade is about 3 times faster than its value during 1993-2014. The acceleration comes from three factors, they conclude: a declining amount of water that is stored on land (~41%), land ice melting (~15%), and thermal expansion of the water of the oceans that are warming up (~44%). The first factor refers to, among other, fast amounts of groundwater that have been extracted and in the end reach the oceans. The contribution of the thermal expansion of the oceans to the acceleration of sea level rise is about three times as large as the contribution of melting land ice.

Of course, the datasets used in these studies are relatively short. Natural variabilities easily disturb the signals of climate-change–driven acceleration of sea-level rise over such a short time step. Still, they give a first impression of an observed acceleration that agrees with previous model projections. Besides, they shed light on the underlying mechanisms of sea level rise acceleration and reflect its susceptibility to global warming. In fact, the estimated 65 cm global mean sea level rise by 2100 may turn out to be a conservative lower bound on future sea level change. After all, this projection is based on the assumption that sea level changes similarly in the future as we have seen over the last 25 years. However, sea level may rise more rapidly in the coming decades, for example due to rapid changes in ice sheet dynamics.