A new generation of wildfires characterized by extreme behavior 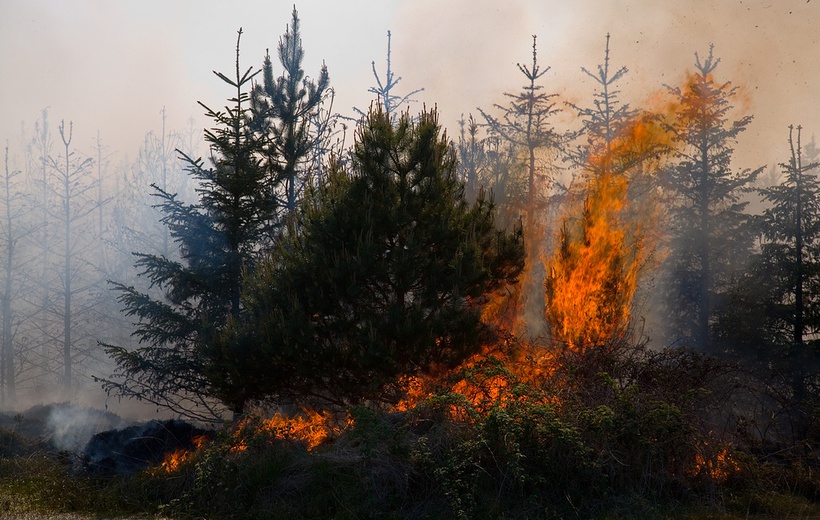 The new fire policy in France appears successful for small fires, but not for large ones (photo: Greg Clarke, www.flickr.com)

Establishing new tactics and strategies for a better prevention and preparedness to face large fires has become a centerpiece of the European fire policy. Large and destructive wildfires are likely to increase in southern Europe due to changes in climate and landscape. Yet little is known about the return periods of large fires.

This also holds for southern France, where 2500 fires have been reported each year in the period 1994 to 2016. Together, they have burned approximately 12,000 ha annually, on average. Most of these fires are small. The largest fires (> 100 ha) represent only 1 % of the total number of fires. However, they account for approximately 70 % of the total burned area and they consume two-thirds of the total annual budget dedicated to civil protection against fire risk.

Change in fire extremes before and after 1994

The return period of these large fires, characterized by their burned area, has been quantified for southern France. This was done for two periods: 1973 - 1994 and 1995 – 2016. A new fire policy was set up in 1994 to reduce the likelihood of very large wildfires. This policy is based on improved prevention of fires, increased surveillance of forests, and a massive attack on all ignitions in order to prevent fire enlargement. Thus, by focusing on these two periods, the impact of this new fire policy can be assessed.

New policy: successful for small fires, but not for large ones

The assessment shows that the new fire policy is undoubtedly successful. The area that is burned on average every 5 years has significantly decreased. For very large fires (> 10,000 ha), for instance those with a return period of 50 years, this is not the case. Apparently, firemen cannot control many large fires. Despite the new suppression-oriented policy set up in 1994, very large fires can still occur in southern France, and especially in the regional hot spots of Corsica and Provence. These fires, that cause most of the accidents or fatalities for fire crews, may belong to a new generation promoted by global changes.

A new generation of wildfires

Very large fires, generating high human, economic, and ecological damages, are a growing issue in southern Europe and almost worldwide. A combination of climate change, fuel accumulation, and increasing human pressure on ignitions in urbanized areas is the root cause for a new generation of wildfires characterized by extreme behavior. These new types of devastative fires are increasingly observed in southern Europe, and many of them are beyond the present suppression capacity. They often display eruptive or erratic behaviors. Recent studies in southern France have shown that new combinations of prolonged droughts, heat waves, and windy periods lead to a higher frequency of such extreme fire events.

Massive aerial and ground forces for fire suppression may not be sufficient to control extreme wildfire events. Managing landscapes and fuels, limiting unwanted ignitions, and the participation of the public in self-protection (i.e., tackling the root causes of fire risk) are key to leverage fire risk in the long term.