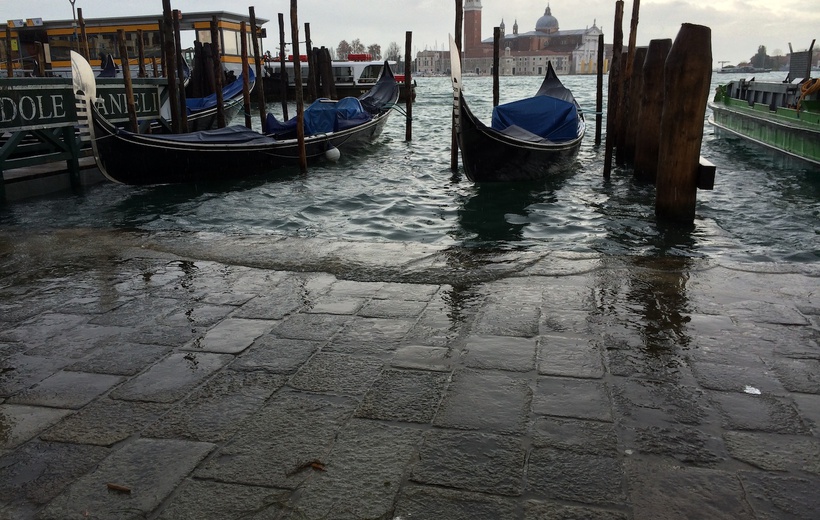 Photo: During high tide, seawater may flow into the streets and squares of Venice. A storm surge barrier will protect the city in the future. But not all of Europe’s cultural heritage can be protected.

This topic was addressed in a recent study. 45 experts from the UK, Italy and Norway were interviewed, and these interviews were complemented with an analysis of the grey literature and an expert’s workshop. Focus was on the immovable and tangible cultural heritage, for example, historical buildings, monuments, and archaeological sites. Both the opportunities for, and barriers in adapting our cultural heritage to climate change were inventoried.

One of the main opportunities is to move from reactive to proactive adaptation. Reactive adaptation means we respond to the impact of a climatic event that has already been experienced, for instance a severe storm, landslide, or flood. This often results in short-term planning and may not increase the resilience of the site to future events. Proactive adaptation takes place before the occurrence of a climatic event, focused on projected changes in climate, thereby allowing more time for consultation, the discussion of alternatives, and long-term planning.

In this respect, it is important to strengthen the monitoring and maintenance of cultural heritage. The monitoring of climatic conditions and of changes in the condition of heritage assets through surveys, for instance, also creates a baseline dataset against which the impacts of projected changes in climate can be estimated.

One of the barriers is the uncertainty of climate change projections, the impacts of climate change, and the effectiveness of the adaptation solutions to deal with those impacts. Another barrier is the fact that some of our cultural heritage will probably be lost as a result of climate change. This is particularly the case in coastal regions affected by coastal erosion and in regions with melting permafrost. A catastrophic impact would be permanent inundation of coastal heritage cities and sites as a result of sea level rise.

Adaptation may also be complicated because it requires a case-by-case approach. Some adaptation solutions might sacrifice heritage values or affect the authenticity of the site. Moving the heritage site due to its location on an eroding coastline, for instance, inevitably puts the heritage site out of context, thereby affecting its authenticity. And, of course, lack of financial resources is another barrier. Institutions and managers in charge of the preservation of cultural heritage sites do not have sufficient financial resources to undertake all required adaptation efforts. It is impossible, for instance, to move all the archaeological sites at risk from coastal erosion.