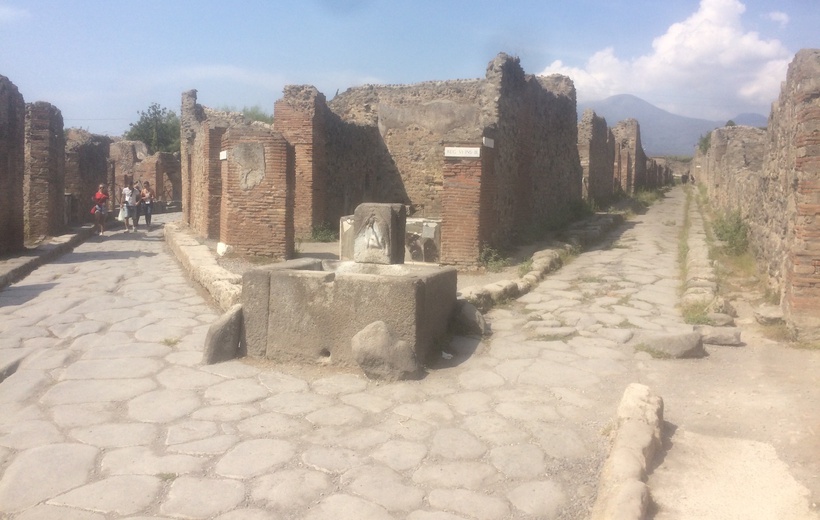 Photo: According to a recent assessment, the excavations of Pompeii are one of the few World Heritage sites along the Mediterranean coast that are not at risk of coastal flooding or erosion this century.

Approximately one third of these sites are located in Italy, followed by Croatia, Greece, and Tunisia. 47 of these 49 sites may be at risk from at least one of these hazards, flooding or erosion, by the end of the century. Until 2100, flood risk may increase by 50% and erosion risk by 13% across the region, with considerably higher increases at individual sites.

On the one hand, these risk estimates may be overestimated for certain sites, as no coastal protection measures were assumed in the assessment. Venice is a clear example of a World Heritage site that will be well protected by flood barriers in future decades. On the other hand, risk estimates may be underestimated in certain locations, as the assessment also did not account for human-induced land subsidence. Subsidence due to ground water extraction can be high in cities such as Venice and Istanbul, and in river deltas such as those of the Nile, Po and Rhone.

Still, the assessment provides an overview where adaptation is most urgently needed. This supports policymakers in steering local-scale research to devise suitable adaptation strategies for each World Heritage site. The authors also stress that cultural heritage not inscribed in the World Heritage list will receive much less attention and many of these heritage sites will slowly disappear with sea-level rise.