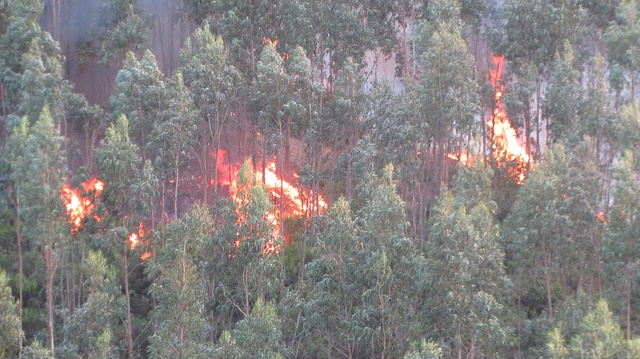 Many recent studies on the impact of climate change focus on the impact of 1.5, 2, and 3°C global warming. The first two levels of warming refer to the targets of the Paris Agreement. The third level is the global warming the world is currently heading for. The impacts of these three levels were also studied with respect to future wildfires in Mediterranean Europe. This was done by linking climate and summer burned area, and projecting these relationships for different climate scenarios. In these projections, changes in fuel productivity under climate change, that might affect the climate-fire relationships, were also taken into account. The latter refers to the fact that wetter areas produce more vegetation. Thus more fuel is available in these areas in times of droughts, making these wetter areas more fire prone than drier regions in dry periods.

No increase yet, but that will change

Burned area in Mediterranean Europe has not increased in recent decades. Apparently, management actions have so far counterbalanced the climatic trend of increasing drought conditions. This will change in future decades. Higher levels of global warming are projected to increase drought conditions that in turn lead to larger burned areas. Limiting global warming to 1.5°C can strongly reduce the increase of burned area.

The results show 40-54% increase of burned area over Mediterranean Europe under 1.5°C global warming. This increases to 62-87% for 2°C, and 96-187% for 3°C global warming. These findings substantially align with the results of previous studies that assessed the impact of climate change on burned area in the Mediterranean Basin. The study also indicates that a higher level of global warming reduces the productivity of vegetation, and therefore fuel, which limits the sensitivity of fire activity to dry periods.

According to these findings, burned area will increase in Mediterranean Europe. In combination with the increase in societal exposure to large wildfires in recent years, this calls for a rethinking of current management strategies. Climate change effects could overcome fire prevention efforts, implying that more fire management efforts must be planned in the near future. The trend of reduction of burned area in Mediterranean Europe in the past few decades can be explained by an increased effort in fire management and prevention. However, keeping fire management actions at the current level might not be sufficient to balance a future increase in droughts.