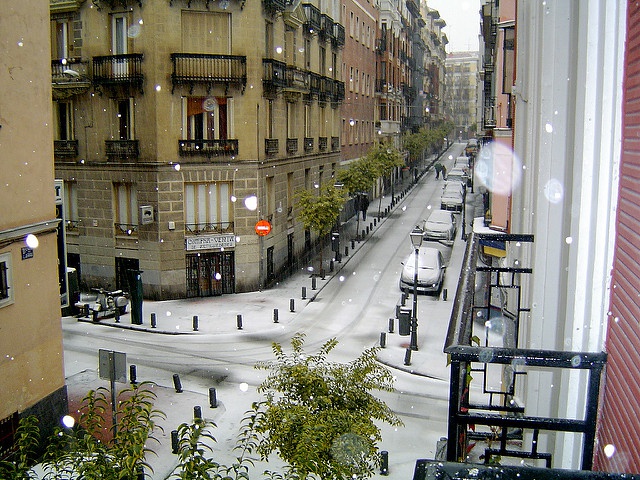 In Spain and Portugal the number of heat waves, their duration and intensity will increase in the course of this century. At the same time, less cold spells will occur, and they will become less intense. This was shown in a study where the impacts of a high-end scenario of climate change were assessed for two future periods, namely mid-term (2046 - 2065) and long-term (2081 - 2100), and compared with the recent-past reference climate (1986 - 2005).

The definition of heat waves and cold spells

To what extent heat waves or cold waves may change not only depends on the scenario of climate change we choose or the time slice in the future, it also depends on the definition of a heat wave or a cold spell. Many different definitions are being used, that may lead to different conclusions.

In this study, a heat wave is defined as the period of, at least, three consecutive days in which the maximum temperature during a day is equal or above a certain threshold temperature. Each day of the year has its own threshold that is calculated from a database over the period 1986-2005. The threshold for a certain day is the 10 % highest temperature in a period of 31 days centred around that day for a period of 20 years (the recent-past climate of 1986-2005). For example, the threshold for 1 July is the temperature that is exceeded on 10 % of all days during 15 June – 15 July over the 20-year period of 1986-2005.

This way, the daily climatological threshold series follows closely the seasonal cycle. What’s’ more, the threshold also varies with location in Spain and Portugal because the thresholds for heat waves and cold spells are calculated for a lot of locations across the Iberian Peninsula. This tailor-made definition allows for an assessment of regional differences in heat wave and cold spell changes.

Under a high-end scenario of climate change, many future summer days at the end of this century will be heat wave days, particularly in Barcelona, Cáceres and Sevilha.

No more cold spells at the end of this century?

Very few cold spells were detectable in the results of this study for mid-term future, and none at the end of this century, except for Barcelona. The cold spells that still may occur, are of smaller duration and intensity than those of today.

The results point at an aggravation of heat-related health impacts for the future. In this respect, projected increase of heat wave intensity and nigh-time temperatures may seem relatively small in isolation, but they should not be interpreted alone. They should be considered together with the increase in heat wave duration and, most importantly, with the number of heat wave days which strongly increases in the future climates.