At least one-third of Asian glaciers will disappear 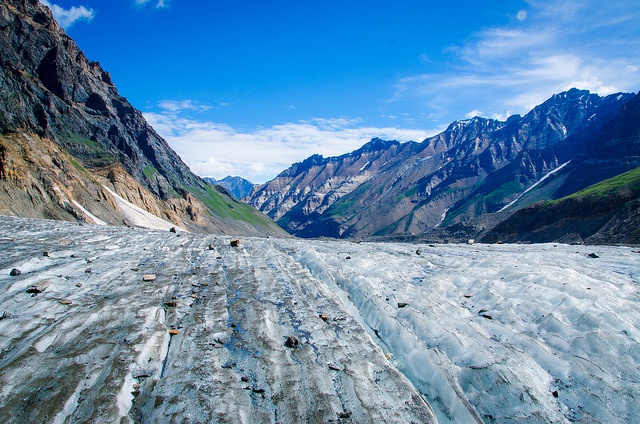 Even if the planet only warms up by 1.5 °C – which is what the signatories to the Paris climate agreement are aiming for – one-third of all Asian glaciers will have melted by 2100, according to results of a study by Dutch researchers, published in Nature recently. The melting of the glaciers constitutes a serious problem, since millions of people are partially dependent on the melt water of these glaciers.

The researchers used results from 110 different climate models for four different climate change scenarios. The results are alarming. If the planet warms up by just 1.5 °C, some 36% of all the ice in Asia will have melted by the end of the century. At present, the region still contains so much ice that it is also known as the ‘Third Pole’. There are some 5,000 gigatons of ice in Asia, enough to fill about 2 billion Olympic-size swimming pools.

The consequences of an increase of 1.5 °C will be all too visible, particularly in the glaciers in the Himalayas and Tibet. More than half of these glaciers will have melted by 2100. And that is not all that will happen, the researchers predict.

‘At the moment, it does not look like we’ll be able to keep global warming down to 1.5 °C,’ says Utrecht University’s Philip Kraaijenbrink, a physical geographer and the study report’s primary author. ‘Unfortunately, it seems more likely that between 49 and 65% of all ice in Asia will have melted by 2100, which will place a significant strain on the availability of water in the region.’

Check out this great video of the scientist at work in the Himalayas.