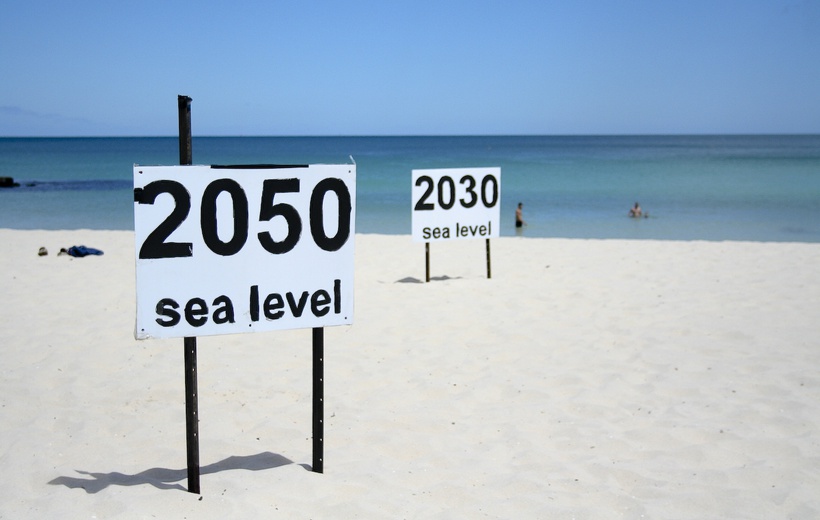 Global mean sea level rise results from the contribution of a number of components: an increase in the mass of the ocean, mainly as a result of changes in the mass of glaciers, Greenland and Antarctica ice sheets, and liquid water storage on land (reservoirs behind dams and groundwater), and an increase of the volume of ocean water because it warms up. An update of the rate of sea level rise, and the contribution of these components to this rate, was presented in a recent study.

Since late 1992, the global mean sea level is monitored by high-precision satellite altimetry. The update presents sea level rise over January 1993 to December 2015, including a correction for a drift in altimeter measurements in the first 5 years of this monitoring. Over this period sea level rise is close to 3.0 mm/yr. When split up in two periods 1993-2004 and 2004-2015, rates of sea level rise are 2.7 ± 0.2 mm/year and 3.5 ± 0.15 mm/year, respectively. The 0.8 mm/year increase between these two periods dominantly results from increased land ice loss from Greenland (+ 0.5 mm/year).

Current sea level rise of 3.5 mm per year agrees very well with the sum of all components mentioned above and reported in other scientific studies. Next to these components, the contributions of other components are still more or les blind spots in scientific literature: expansion of the ocean due to the warming of deep ocean water > 2 km, and water flowing into the ocean from permafrost melting, for instance. Apparently, the latter components still hardly contribute to current sea level rise.

Clearly, the rate of global mean sea level rise has increased over the last two decades.