More precipitation in the North, less in the South, but what about Central Europe? 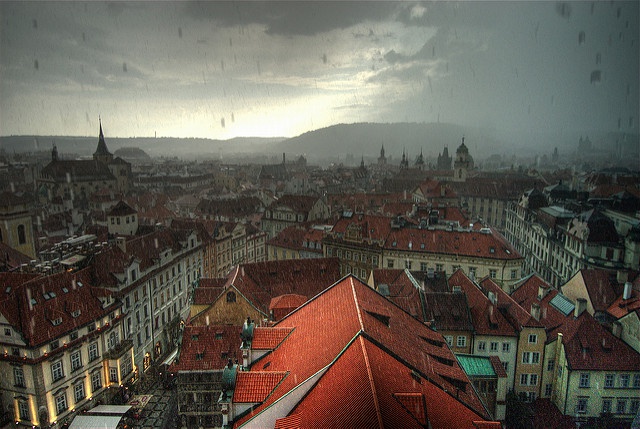 In plain words, rain falls in three distinct ways: by large-scale depressions, by local intensive showers, and when moist air is forced upwards over rising terrain, such as a mountain. In scientific terms these forms of precipitation are called stratiform, convective, and orographic, respectively. In Europe convective precipitation typically occurs in summer, for instance during thunderstorms. The precipitation is generally intense but of short duration. Stratiform precipitation occurs throughout the year.

The general future trend for Europe is an increase of mean precipitation in northern Europe, and a decrease in the south. The overall character of precipitation in Europe will also change. The contribution of convective precipitation to total yearly precipitation amounts will probably increase, especially in summer (and to a lesser degree in spring and autumn). Again in plain words: the number of intense showers will increase. The difference in future projections for northern and southern Europe is quite clear, but what about Central Europe, the transition zone between increasing and decreasing precipitation?

Future changes in precipitation in this transition zone were studied by looking at the Czech Republic. Projections of future precipitation patterns were made with regional climate models for an intermediate and high-end scenario of climate change. This was done for the period 2071 - 2100 against 1971 - 2000 (as a reference).

Overall, it will rain harder in Europe in the future, both during heavy showers and during large-scale depressions. This increase will be more pronounced under the high-end end than the intermediate scenario of climate change: higher temperatures lead to more intense rainfall.

Consequences for agriculture and natural hazards

The steady rainfall of large-scale depressions (stratiform) is by its nature more important for agriculture; a decrease in combination with higher temperatures can lead to larger soil moisture deficits. More frequent and intense precipitation (convective), projected for the future climate, is not able to fully compensate the deficit of light and moderate precipitation because dry soil cannot absorb all water from intense precipitation events. Furthermore, extreme convective precipitation may cause flash floods and landslides, thus representing additional hazards and damages.