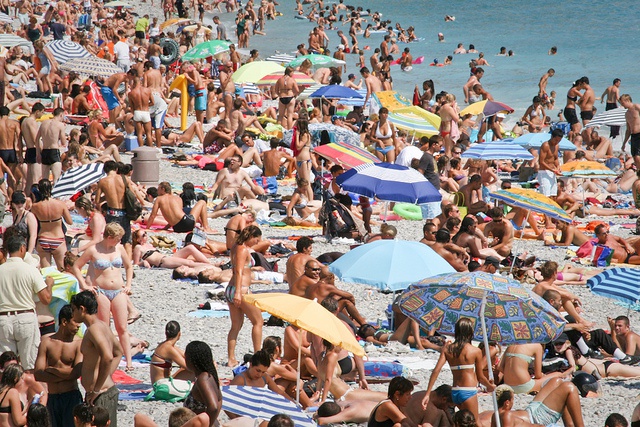 Current record maximum summer temperature in France is about 42°C. Record maximum summer temperature that could be reached in France at the end of the 21st century has been quantified with a regional climate model for a high-end scenario of climate change. This was done for five well defined geographical regions: South-West France, Eastern France, Brittany, Northern France and the Mediterranean region. These regions characterize the typical spatial extent of record-breaking temperatures and heat waves in France. According to the results mean regional changes in maximum summer temperature by 2100 range from 4.4 °C in Northern France to 6.6 °C in the Mediterranean region. Individual locations within these five regions can experience even greater changes: 6.6 °C (Brittany), 7.7 °C (Northern France), 7.7 °C (Mediterranean region), 9.6 °C (South-West France), and 9.9 °C (Eastern France), respectively. In fact, the authors of this study concluded that by 2100 under this high-end scenario of climate change, the increase in summer temperature maxima in France may exhibit a range from 6 °C to almost 13 °C, relative to historical maxima.

In France, the change in summer maxima of daily maximum temperatures is thus expected to be twice as large as the change in mean summer temperature that has been estimated to be ∼6 °C under this high-end scenario. These projections for 2100 point at much warmer summers than the hottest summers so far: in France, the 2003 and 2015 summers are the warmest and second warmest on record, with summer mean temperatures (averaged over France) being +3.2 °C and +1.5 °C warmer than the average value for the period 1981-2010.

These results indicate that record maximum value in France could easily exceed 50 °C by the end of the 21st century. These extreme temperatures are experienced in desert regions, however. In agreement with similar studies of observed present-day heat waves, the results show that the regions with the driest conditions before the heat wave experience large temperature anomalies and a higher number of record-breaking temperatures during the heat wave. These conditions may result from high evapotranspiration in spring and little precipitation in summer. The results also show that regional heat wave temperature anomalies can vary by several degrees due to different soil water conditions prior to the heat wave.