What drives future changes in the world’s forest carbon? 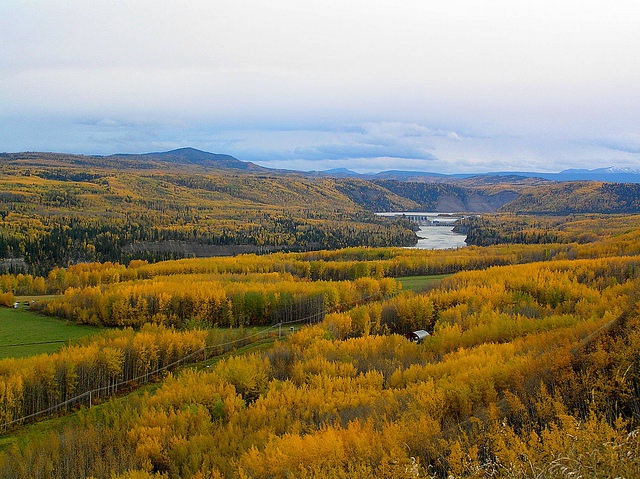 Climate change stimulates forest productivity on a global level. This is due to the fertilization effect of CO2. Global warming itself does not necessarily increase global forest carbon; there are negative impacts due to more wildfires, and climatic effects like droughts.

Climate change will impact the major forest regions of the world in several ways. Forests productivity will change due to higher temperatures and changes in rainfall; in some parts there will be a loss of productivity, in others an increase. Forests will benefit from the higher CO2 concentration in the atmosphere that has a fertilization effect. Climate change will drive migration of forests: they will expand in some regions, and contract in others. Wildfires will increase in most of these major forest regions. Competition will change between different types of vegetation. As a result, carbon dynamics will change.

Future potential changes were assessed with models that simulate potential future forest growth and decline under different scenarios of climate change and CO2 emissions. The assessment focused on the combined effects of wildfire, climate-induced vegetation migration and productivity in relation to climate change scenarios on a global scale. Main outcomes are: (1) At the global scale mitigating climate change can be beneficial in terms of reducing the impact of wildfires, and costly since it reduces primary production and thus forest carbon; (2) The interplay between direct climate change impacts (changes in temperature and precipitation) and the fertilization effect of CO2 on the world’s forests is complex.

Two scenarios of climate change were studied: a high-end scenario, and a scenario where climate change is mitigated such that a 2 °C global mean warming from pre-industrial by 2100 is not exceeded. Changes were studied from 1980-2009 to 2070-2099.

Under both scenarios of climate change a poleward migration of forests was simulated: in the leading-edge of the migration, grassland and woodlands convert to forests while at the trailing edge, forests convert to shrubland, grassland, or woodland due to lower productivity or frequent fires. Large expanses of boreal forests in Canada and Russia shifted northward, especially under the high-end scenario of climate change. In the southern hemisphere, forest expanded southward in Southern Africa. Poleward migration of forests was not distinct in Western South America, where simulations show forests to contract along elevation gradients. In Australia, the tropical forests in the north contracted northward as they lost productivity and became woodlands; simultaneously, increased growth of trees was simulated in the woodlands in western Australia, converting those areas to forests.

In these simulations, total live forest carbon stock increased dramatically and consistently under both climate change scenarios, gaining 59% and 54% under the high- and low-end scenario, respectively. The vast majority of the total live forest carbon gain was simulated to occur in the southern hemisphere: Western South America, South America, and South Asia. For Europe only small increases were projected, while Russia was projected to see a significant decline, mainly due to forest contraction and more wildfires. Both positive and negative effects are generally higher for the high-end scenario compared with the low-end scenario of climate change: a higher increase of both carbon stocks and productivity, and of the impact of wildfires.

Limitations of this study

This study focused on evaluating the role of wildfire as a major disturbance regime. There is an array of disturbance regimes, however, including land cover change, logging, and insect and pathogen outbreaks. These disturbances were not included in the simulations. Also, current developed and agricultural areas, land use change, and forest management practices were left out. Besides, the study’s results are based on a single climate model; the effects of mitigation policies on the forest carbon stock may be sensitive to climate model selection.