Extreme sea levels on the rise along Europe’s coasts 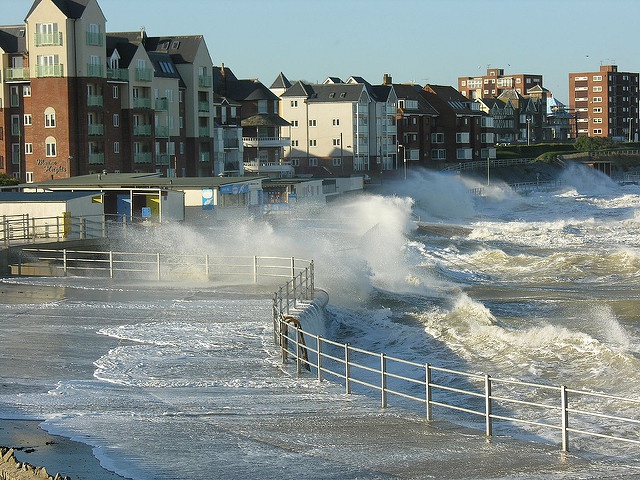 Sea level rise is not the only factor that drives changes in future coastal flood risk. Astronomical tide and episodic water level fluctuations due to climate extremes (storm surges and the set up by waves when they shoal and break at the coast) are important components as well. These components will also change along with sea level rise as a result of climate change. The combination of these factors should be considered, therefore, to assess future changes in extreme sea levels along Europe’s coasts and the resulting impact on coastal flood risk.

Results of the first pan-European assessment of the evolution of extreme sea levels in view of climate change were published recently, considering all driving components. The results are based on projections by a large number of climate models for the end of this century considering two scenarios of climate change: a moderate and a high-end scenario (the so-called RCP4.5 and RCP8.5 scenarios). For this study the European coastline was divided in 10 geographical regions in order to identify spatial patterns in the data.

The projected change of tidal elevation is negligible for the entire European coastline.

The combined effect of sea level rise, astronomical tide, and storm surges and wave set up on the once-in-a-hundred-years extreme sea levels along Europe’s coasts is a rise by around 25 cm on average by 2050 under both scenarios, and a rise by 57 cm and 81 cm by 2100 under the moderate and high-end scenario of climate change, respectively. Strongest rise was projected for the North Sea region with increases up to 75 cm and 98 cm by 2100 under these scenarios, respectively. A similar increase is projected for the Atlantic coasts of the UK and Ireland, and considerable increases are projected for the Norwegian, the Baltic, and the Mediterranean Sea.