Species on the move: Impacts on ecosystems and human well-being 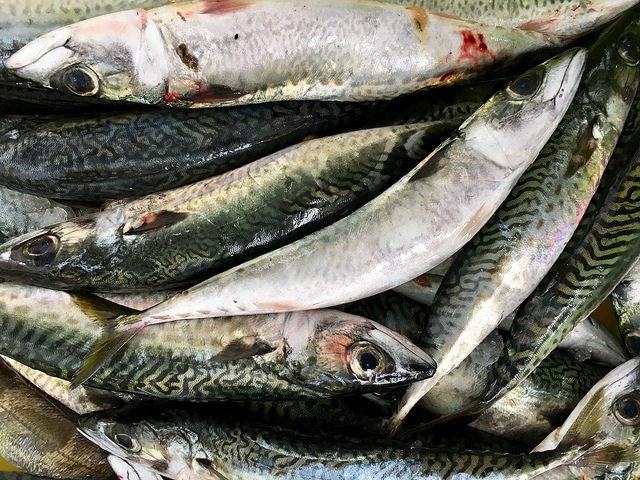 Climate change leads to a redistribution of species on land across latitude and elevation, and with depth in the oceans. These shifts of species not only affect biodiversity and ecosystems, they also affect our well-being, according to the authors of a review article in Science. After all, ecosystems provide the services we need in daily life, such as food security, raw materials, culture, and a safe living environment. What’s more, ecosystem changes influence climate change as well.

Species on the move

As climate changes, species must tolerate the change, move, adapt, or face extinction. Shifts in species distributions across latitude, elevation, and with depth in the ocean have been extensively documented. On average, land and marine species move poleward by 17 km and 72 km per decade, respectively. Just as land species on mountainsides are moving upslope to escape warming lowlands, some fish species are driven deeper as the sea surface warms.

Early humans were able to switch prey and diets as changing climatic conditions made new resources available. Recent technological changes in agriculture, forestry, and fisheries, however, have weakened the direct link between human migration and survival. Now we rely more on technological and behavioral innovation to adapt our food production, living environment, trade, and economics to changing species distribution patterns. The relative immobility of many human societies, largely imposed by jurisdictional borders, has limited capacity to respond to species shifting across borders.

In the Arctic, for instance, changes in distributions of fish, wild reindeer, and caribou are affecting the food security and culture of indigenous societies. In partial response, the Skolt Sámi in Finland have introduced adaptation measures to aid survival of Atlantic salmon stocks faced with warming waters and to maintain their spiritual relationship with the species. These measures include increasing the catch of pike to reduce predation pressure on salmon. In the East Siberian tundra, faced with melting permafrost, the Chukchi people are struggling to maintain their traditional nomadic reindeer-herding practices.

The redistributions of species will reshape patterns of human well-being among regions and sectors of industry and communities. There will be winners and losers. Those regions with the strongest climate drivers, with the most-sensitive species, and where humans have the least capacity to respond will be among the most affected. Developing nations, particularly those near the equator, are likely to experience greater climate-related local extinctions due to poleward and elevational range shifts and will face greater economic constraints.

In some cases, species re-distribution will lead to substantial conflict. The recent expansion of mackerel into Icelandic waters, for instance, increased the mackerel fishery in Iceland from 1700 metric tons in 2006 to 120,000 metric tons in 2010, resulting in “mackerel wars” between Iceland and competing countries that have traditionally been allocated mackerel quotas.

Species “on the move” are expected to influence climate feedbacks via changes in albedo, biologically driven sequestration of carbon from the atmosphere to the deep sea (the “biological pump”), and the release of greenhouse gases.

Continued warming will decrease the albedo in the Arctic and thus amplify high-latitude warming, not only through a decline in snow cover but also through a northward shift of coniferous trees. Phytoplankton changes are expected to substantially alter CO2 exchanges between the ocean and the atmosphere. The combined effects of increasing temperatures and droughts increase plant stress, thus contributing to the severity of pest outbreaks and tree dieback. These processes, in turn, increase fuel loads and fire frequency, ultimately driving additional feedback through massive biomass burning and CO2 release.

Species will move beyond their traditional ranges, ecosystems may disappear, and new ecosystems will evolve. This changing distribution of species will take place within and between countries. While the biological components of natural systems are “on the move,” the ability of people and communities to respond adequately is increasingly constrained by geopolitical boundaries, institutional rigidities, and inertias. Increased cooperation and governance is required across multiple scales among new stakeholders. The European Union’s Habitats Directive and Birds Directive are early examples of a cooperative approach to identifying and protecting networks of habitat across national borders.

The authors stress the importance of more research on biological processes underlying species re-distribution, long-term monitoring, and incorporating ‘species on the move’ into assessment models. Our knowledge of the biological and ecological processes underlying resilience of organisms to predicted average and extreme environmental conditions is limited. Understanding these responses to climate change usually requires several decades of data to rigorously assess pre- and post-climate change trends at the level of species and ecosystems. According to the authors, such long-term data sets for biological systems are rare, and recent trends of declining funding undermine the viability of monitoring programs required to document and respond to climate change. Modelling linkages and feedbacks between species range shifts and ecosystem functioning, food security, human health, and the climate is essential to reliably project the potential impacts of alternative scenarios and policy options on human well-being, as the basis for evidence-based policy and decision support.