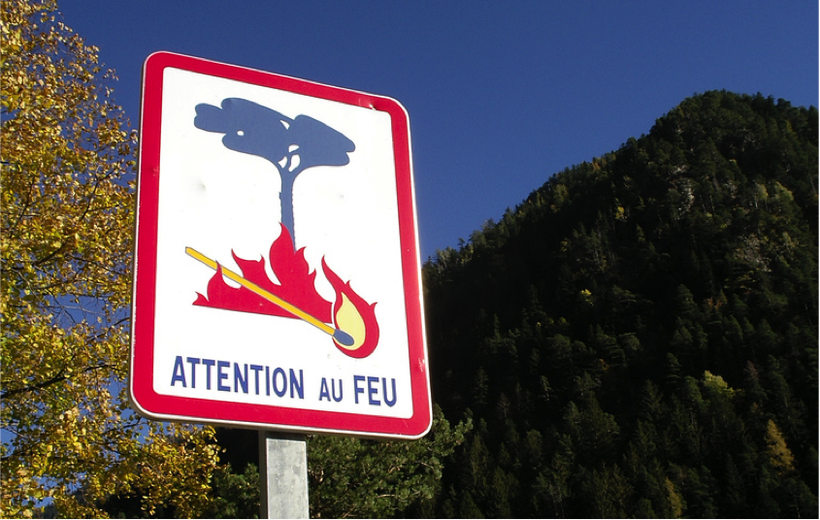 Higher temperatures and more droughts not necessarily lead to an increase in the number of wildfires or the area burnt annually. Human activities may alter fire regimes to such an extent that climate change impacts are completely overruled. These activities may both increase and decrease fire probability. An increase may result from land-use changes or more outdoor activities (including tourism). A decrease may result from more effective fire suppression. Changes in land-use and fire suppression policy seem to have exceeded the strength of climate change effects on changing fire regime in southern France during the period 1976-2009. The complex interaction of climate change and human effects, which may vary regionally and from one season to another, makes regional predictions of future fires highly challenging.

With respect to climate effects, the situation is even more complicated because climate affects wildfires in two opposing ways. In dry ecosystems wet conditions may be so rare that not enough fuel accumulates to start large fires, and fire activity is limited. These areas have a fuel-limited fire regime. In moist ecosystems on the other hand, dry conditions may be so rare that fuel doesn’t get sufficiently dry to sustain fire spread. These areas have a drought-driven fire regime. The alternation of wet and dry conditions, however, favours fires by increasing the amount of fine fuel in litter, grass and shrub layers during wet periods, which burn more intensely in subsequent dry periods. In Mediterranean ecosystems both fuel-limited and drought-driven fire regimes are present.

Human activities directly modify the fire regime In the Mediterranean Basin by setting or suppressing fires and by changing patterns of vegetation in the landscape. Moreover, the fuel build-up following agricultural land abandonment as a result of the rural exodus has created an increasing fire hazard in Mediterranean Europe. On the other hand, changes in fire suppression policy over the last few decades have probably induced sharp decreases in fires. Hence the functional relationships linking fire to climate have been partially modified by human activities, decreasing or increasing the fire activity independently of climate change.

The example of southern France

During the period 1976-2009 the climatic influence on fires in southern France was not restricted to the occurrence and duration of drought during a particular year: a mixture of drought-driven and fuel-limited fire regimes operated, emphasizing the lagged effects of warm or moist periods on fire. Higher fire activity was related to wetter conditions in the last three years. This illustrates that fuel abundance is an important constraint on Euro-Mediterranean (and other) fire regimes, even when drought is the main driver.

With respect to human alterations of fire regimes, contrasting short-term impacts of changes in land-use and fire suppression policy have been found: more fires where fuel biomass is high as a result of land-use change, and less fires in fire-prone ecosystems due to more effective fire suppression. Indeed, in the Mediterranean lowlands, which are densely populated and highly susceptible to extreme fire weather due to strong winds, both winter and summer fire activity were strongly suppressed, suggesting a gradual increase in the efficiency of fire suppression policy.