Climate change impacts on dune erosion along the Dutch coast 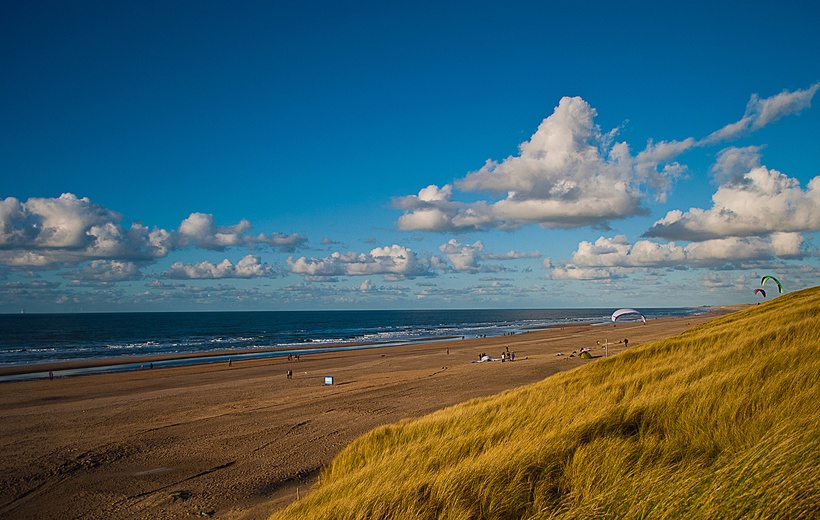 Large parts of the Netherlands are below sea level, protected against floods from the North Sea by a coastal flood defence system consisting of dunes, dams and storm-surge barriers. Over the last decades these flood defences were designed and maintained to be high and strong enough to withstand storm surge levels that may occur with a probability of 1/10,000 per year. The extremely high safety standards of the Dutch flood defences are unique worldwide. Investments are needed to maintain this high safety level, under current conditions near the coast (and on the rivers and lakes) and with respect to the projected impacts of climate change. Scientific studies inform policy makers on possible impacts of climate change on sea level rise, and wave and storm surge conditions, and assist flood defence managers to take appropriate measures. Part of this research focuses on the dunes of the central connected coast that protects cities like Amsterdam, Rotterdam and The Hague.

Sea level rise will affect dune erosion by allowing waves to attack the dunes at a higher level. Sea level is projected to rise 0.15 to 0.8 m towards the end of this century. Extreme waves and storm surge, however, are not expected to change under a changing climate, not even for conditions with a probability of 1/10,000 per year. There are, however, indications that the corresponding wave direction could shift, because of a poleward shift of the storm track.

The effect of climate change on dune erosion along the Dutch coast was studied under wave and storm surge conditions at the 1/10,000-year event. Currently the Dutch coast is eroding. The study shows that the volume of eroded dune sand increases linearly with sea level rise by little over 20 % per meter sea level rise. This increase is primarily due to the larger water level in front of the dunes.

Changes in the offshore angle of wave incidence also affect the volume of eroded dune sand. Although the height and energy of the extreme waves along the Dutch coast are not expected to change, the corresponding wave direction may shift to more westerly directions. A shift by 30° could have the same eroding effect as 0.4 metre sea level rise. This increase is related to strong alongshore currents, generated as a result of the obliquity of the waves, that enhance stirring and hence offshore transport. Climate change-induced change in angle of wave incidence cannot be ignored in dune erosion studies. The authors conclude that coasts exposed to extreme wave conditions from different directions should assess changes in the wave direction under climate change conditions, as this impact can be as large as, or in the same order of magnitude as sea level rise.

The current Dutch policy towards sea level rise is to add the same volume of sand to the profile of the near-coastal zone as the water volume increases as a result of sea level rise. According to the authors this approach is conservative: a focus on dune strengthening in case of large sea level rise may be more effective. The current level of flood protection could be reached in the future with less additional sediment if the sand is used to increase the volume of the dunes.

Dune erosion events alternate with prolonged periods of dune accretion through aeolian processes. Climate change may affect these processes too. Changes in wind patterns and beach width can influence yearly aeolian supply to the foredunes. More dune erosion could lead to more blowouts and, as a corridor for aeolian transport, stimulate the vertical growth of the more landward dunes. More erosion may, accordingly, not necessarily be bad for the beach dune system as a whole.