Protecting Poland against future coastal floods is not that expensive 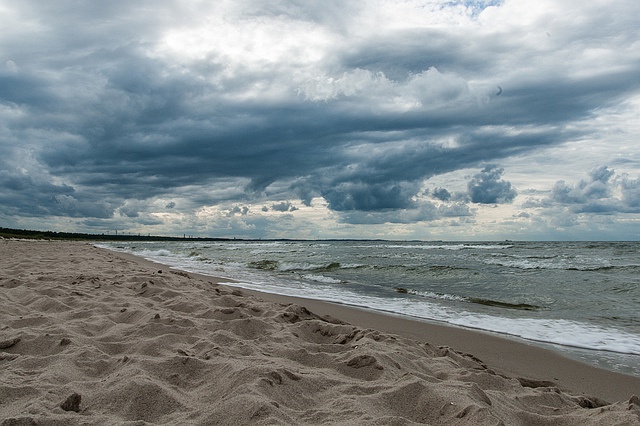 The 500 km long Polish coastline is situated along the Baltic Sea, a non-tidal, semi-enclosed and shallow body of brackish water. The Polish Baltic Sea coast is not densely inhabited: only 2.8% of Poles reside in municipalities with direct access to the sea.

Storm surges are an important factor shaping the Polish coast. Extreme water levels depend largely on the volume of water flowing in from the North Sea. Long-lasting storm surges, even though relatively insignificant at the coast, can cause a flood along estuaries dozens of kilometres inland. Across the whole region flood defences protect the lowest areas, however, particularly around river mouths and coastal lakes, while dunes and cliffs protect the rest of the coast.

A high-resolution assessment has been made of possible social and economic impacts of storm surges and inundation of land caused by sea level rise in Poland. In this assessment it was assumed that flood defences will not fail and all land gets inundated lying below the assumed water level, as long as there is a direct connection to the coastal zone. For future sea level rise a low, medium and high-end projection was assumed of 28, 53 and 98 cm sea level rise by 2100 relative to 1986-2005 levels.

According to the assessment the social and economic impacts of future sea level rise and storm surges will be much smaller than previous studies have indicated so far. This is thanks to current flood defences that were not included in previous studies. For instance, 1 metre sea level rise would directly affect ‘only’ 20,000 inhabitants and €2.3 billion of assets (0.6% of Poland’s Gross Domestic Product, in 2011 prices).

Still, these projected impacts are relatively small, and so are costs of adapting flood defences to future conditions. Even for the 2090s under the high-end scenario of sea level rise annual adaptation costs are ‘only’ a quarter of current annual investments on dikes (relative to GDP), and only 7% of annual disaster relief spending in Poland. In fact, storm surge hazard will be even less than projected in this assessment: an actual overtopping of flood defences would mostly cause inundation of a much smaller area than indicated here, since the peak of the surge lasts only a short period of time.