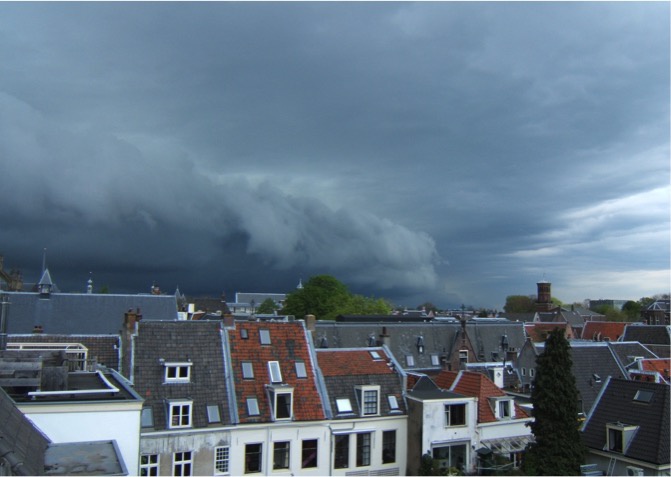 High-impact, small-scale weather events, such as hailstorms, wind extremes, or intense precipitation, are frequently associated with the passage of large-scale fronts. These fronts are related to strong transitions in temperature and humidity across the front. The stronger temperature and humidity transitions across the fronts, the stronger the fronts are. Extreme weather is more likely linked to strong than weak fronts.

Scientists found an increase in the number of extremely strong, large fronts (with a minimum length of 500 km) over Europe over the period 1979-2014. The increase is most pronounced after the year 2000, and refers to the summer (June-August) and autumn (September-November) seasons. The scientists argue that increasing atmospheric humidity primarily drives this trend in the number of strong and extremely strong fronts. Their findings are consistent with the fact that most extreme fronts are identified during the summer, when atmospheric humidity is higher than in the other seasons. Besides, their findings also agree with the observed increase in humidity over Europe in the considered period.

These extremely strong fronts can occur at various places over Europe: mountainous regions such as the western Alps, the Dinaric Alps, the Scandinavian mountains in south-western Norway, and the Cantabrian mountains in north-western Spain, as well as the west coast of Ireland and also many parts of France, northern Germany, Denmark, and the Baltic Sea.