More than carbon storage - The role of forests in climate change 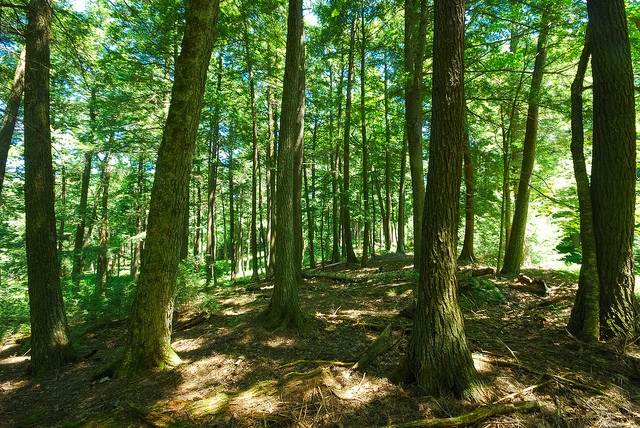 The role of trees in relation to climate change extends far beyond carbon storage. Forests regulate climate at local, regional and continental scales, by producing atmospheric moisture and rainfall, and controlling temperature. In fact, scientists argue that these hydrologic and climate-cooling effects should be recognized as the principal contribution of trees to climate change mitigation and adaptation. Carbon storage is a co-benefit, they state.

Forests provide multiple water and climate-related services, including precipitation recycling, cooling, water purification, infiltration and groundwater recharge. These services may be far more important, and are often underrated, when compared with traditional benefits such as food, fuel and fiber, and carbon storage. In addition, these services benefit and impact people well beyond the local or catchment scale, often far from where actual decisions on tree planting or removal are made.

Forests are intimately linked to rainfall and water availability

Forest loss and degradation reduce evapotranspiration, with important implications for rainfall thousands of kilometres downwind. In addition, forests affect the Earth’s surface albedo, temperature, and surface roughness, and thus also alter moisture and heat fluxes between terrestrial surfaces and the atmosphere. Large-scale deforestation may reduce rainfall in some regions by as much as 30%. Trees and forests also lead to more intense rainfall through the biological particles they release into the atmosphere. Satellite observations suggest European forests are a major influence on cloud formation.

The impact of deforestation on altered rainfall patterns can lead to feedback effects on remaining vegetation, reduced biomass accumulation, drought, die-off and fires.

Large, continuous areas of forest drive the atmospheric circulation that brings rainfall to continental interiors, according to the so-called “biotic pump theory”. It explains that, through transpiration and condensation, forests actively create low pressure regions that draw in moist air from the oceans, thereby generating prevailing winds capable of carrying moisture and sustaining rainfall far within continents. Reforestation may re-activate such pumps, returning rainfall to continental interiors.

Forests influence local and global temperatures and the flow of heat. Individual trees can transpire hundreds of litres of water per day. Every 100-liter of water transpired equals a cooling power equivalent to two average household central air-conditioning units per day. Additional regional and global cooling derives from the fact that forests can increase low-level cloud cover and raise reflectivity.

On the other hand, forests may contribute to warming. They may stimulate the formation of clouds that trap long wave radiation beneath. Under more cloud-free skies (at high latitudes and particularly in winter) they reduce the earth’s albedo and thus contribute to local warming.

Forests regulate water supplies in many ways. High altitude forests can intercept fog and cloud droplets, which may account for up to 75% of total catchment runoff. Where such forests have been removed, the atmospheric moisture present in clouds may move on to other locations. This could represent an important loss to local, downstream water supply. Forest clearing may have several, sometimes opposing, effects on water supply, however. Less trees means less water is being evaporated and more groundwater feeds as stream flow into water supplies downstream. Loss of tree cover promotes soil degradation that reduces soil infiltration and water retention capacity, and in turn reduces groundwater reserves that maintain dry season base flows.

For all the reasons noted above, transpiration, interception, evaporation, infiltration and groundwater recharge, tree cover can either store or recycle substantial amounts of water downwind, providing a positive impact on (and protection of) the local catchment, thereby moderating floods.

Mixed species forests are more effective in regulating water supplies and moderating floods than monocultures. Through variation in rooting depth, strength and pattern, different species may aid each other through water uptake, water infiltration and erosion control.