The River Rhine is heating up in response to climate change 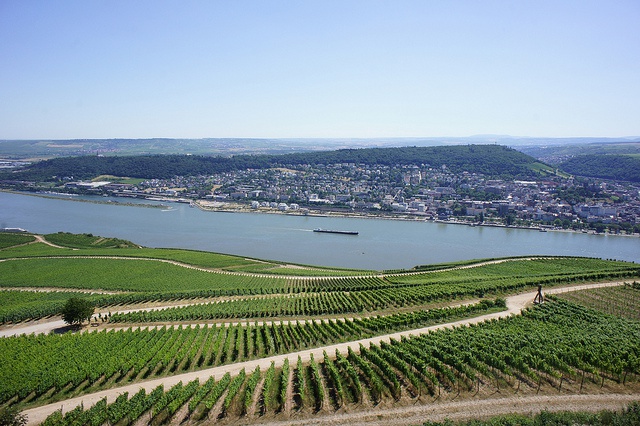 The Rhine is the major navigable waterway for transportation in Europe. Besides it is an important source of drinking water for more than 30 million people. The river serves many interests in densely populated Northwest Europe. River water quality, including water temperature, is of special interest therefore.

Water temperature of the River Rhine is rising. It has been rising by over 2 °C in summer (near Koblenz) between 1978 and 2011, an effect caused by an increase in annual mean air temperature and thermal discharges. Water temperature will continue to rise as a response to projected climate change.

Climate models were used to produce a plausible range of projections for future water temperature in the Rhine. These projections are based on an intermediate scenario of climate change for the near (2021 - 2050) and far future (2071 - 2100). These projections were compared with the period 1961-1990 (reference).

The maximum number of successive days with a water temperature above 27 °C increases from 4 days in the reference period (at Koblenz) to 10 days in the near future, and 17 days in the far future. These prolonged durations of periods with unusually high water temperatures may provoke changes in the food web and in the rates of biological processes in the Rhine.

Measures or new regulations regarding the thermal load plan for the Rhine may be needed in the future since the maximal allowed water temperature of the Rhine downstream of thermal discharges is currently 28 °C, and the impact of thermal pollution should be added to the climate change effect above. Currently, several power plants and industrial facilities lead their thermal discharges into the Rhine, leading to water temperature increases up to 1.4 °C.