European heat waves like in the 1950s: what if climate hadn’t changed? 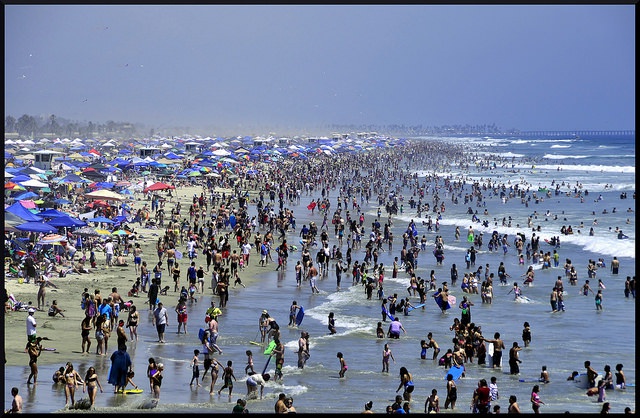 Looking for a cool spot on a hot day (photo: Tibor Vekerdi, www.flickr.com)

This rise in mean European summer temperatures has contributed to the intensity of recent European heat waves, like the ones in 2003, 2010, and 2015. What if climate had remained as it was in the mid-20th century, in terms of the number of hot days? This was analysed for temperature records of 14 climate stations across Europe.

If Europe’s climate hadn’t changed since the 1950s, the number of hot days with maximum temperature over 30 °C would have been 10-25% less. The number of hot days over 35 °C would have been 25-50% less, according to this study. This serves to illustrate that climate change is not simply a matter of gradual shifts in mean values, but also of strong increases of the frequencies of extremes. As a result heat waves are becoming more extensive and prolonged, with stronger impacts on society.