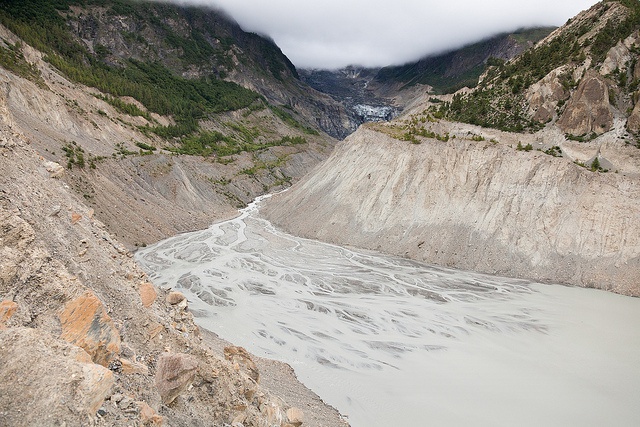 Glacial stream in Nepal. Due to melting of the glaciers these streams will peak in the next decades and then strongly reduce in the long term (photo: Elmar Bajora, www.flickr.com).

The Paris Agreement of 2015 states that global warming should be limited to 1.5 degrees Celsius above pre-industrial levels. What would this mean for the glaciers in the high mountains of Asia? Scientists showed that a global temperature rise of 1.5 °C will lead to a warming of about 2.1 °C in these high mountains, and that about one third of the present-day ice mass stored in these glaciers will be lost by the end of the century.

In fact, the situation is likely to be worse since global warming will probably exceed the 1.5 °C goal. The goal in the Paris Agreement is extremely ambitious. Under a high-end scenario of climate change, ice mass loss of Asia’s high mountains glaciers would be two thirds of the present-day ice mass  by the end of the century. Under a moderate scenario of climate change about half of the present-day ice mass would be lost. Even if global warming would stop right now, ice mass loss of these glaciers would continue for decades to come until a new equilibrium is reached where these glaciers would have lost about 14% of their present ice mass.

Needless to say these projections have potentially serious consequences for regional water management and mountain communities. Some communities may be hit particularly hard: glaciers they depend on for their water supply may loose more than 90% of their present-day ice mass.