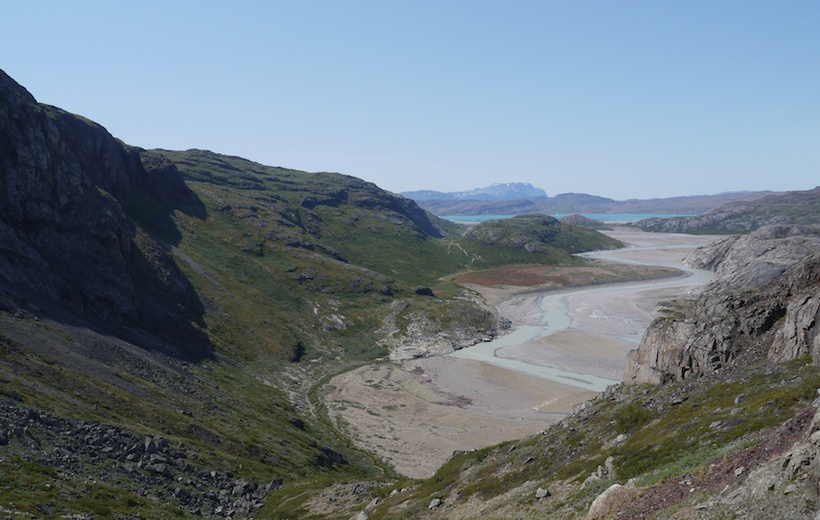 Since the 1980s, the deltas at the Greenland coast have been extending into the sea due to the warming climate. The increased freshwater runoff from the ice sheet has increased sediment transport to the coast and the subsequent deposition in the deltas.

The areal extent of 121 Greenlandic deltas has been studied from the 1940s to the 2010s using newly discovered aerial photographs and remotely sensed imagery. There were no significant changes in average delta size in the period 1940s-1980s. There was a significant increase in delta size in the period 1980s-2010s, however. This ‘delta progradation’ was positively correlated with increasing runoff when this coincided with open-water periods.

South and southwest Greenland show the most pronounced progradation in delta size. The highest progradation rates are found in areas where both the 1980s runoff and the change in runoff over 1980s-2010s are high. In eastern Greenland, however, only a few deltas show minor progradation. The stable nature of deltas in East Greenland can be attributed to a combination of the generally lower temperatures, lower runoff, and the presence of sea-ice flux from the East Greenland Current, which counteracts a local signal caused by sea-ice melting.