Warmer water due to climate change may lead to more algal blooms, or less 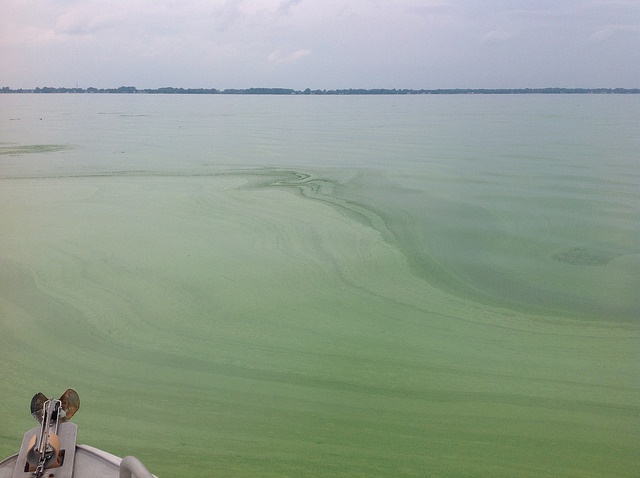 In the summer of 2016 popular beaches in Florida were shut down. Toxic green algae stretched for miles along Florida’s coastline. Up north the waters of Lake Erie were covered with similar thick layers of algae. Agricultural runoff rich in nutrients combined with the water’s high temperature caused algae to thrive. These phenomena may become more frequent in summer due to higher water temperatures under climate change, but not necessarily. The opposite effect has also been observed. Whether warmer water leads to more or less algal blooms depends on local characteristics of water systems. This was concluded from a global study of 188 large lakes.

Estimates of lake surface temperature and lake surface chlorophyll-a concentration (as a proxy for phytoplankton biomass) were derived from satellite observations. This was done for 188 of the world’s largest lakes over the period 2002-2016. 62% of the lakes showed positive correlations between chlorophyll-a concentration and lake surface temperature, of which 74% were statistically significant. Correlations were negative for 38% of the lakes, of which 68% were statistically significant.

Why algae-poor lakes get poorer in warm years

According to the authors of this study it would make sense that lake warming leads to less algae, at first glance. After all, warming increases phytoplankton’s demand for resources to support higher metabolic rates at higher temperature. These resources will become scarcer relative to their demand causing a metabolic deficit at higher temperatures. This would leave lakes capable of supporting less phytoplankton biomass.

Why algae-rich lakes get richer in warm years

Effects on ecology, economy and society

Thus, the amplification of phytoplankton biomass in lakes in warm years, where algae-poor lakes get poorer and algae-rich lakes get richer, may require adaptive lake management at the local level to prevent loss of lake benefits to humans.