Deadliest wildfires in California ever: lessons to be learned from southern Europe 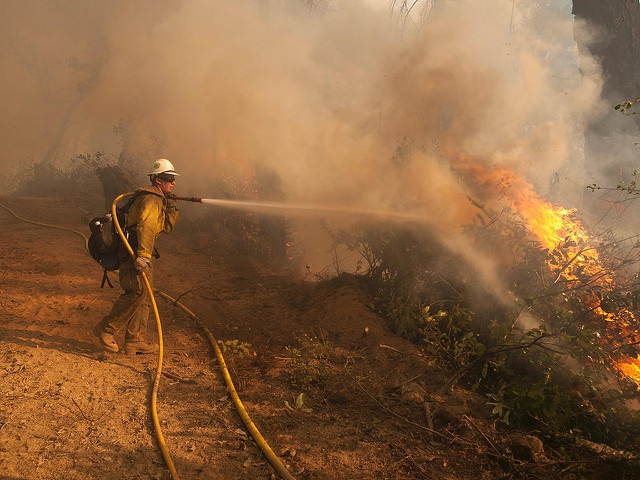 “Large wildfires, out of control according to the media, rage across California. Again!” No, this is not the start of a recent article; it’s the start of an article we’ve published last year in which we summarized current knowledge on wildfires and their connection with climate change.

In an Editorial on ‘The climate-change fire alarm from Northern California’ the Los Angeles Times put its finger on the right spot. Indeed, climate change doesn’t start wildfires, humans often do. But climate change does seem to play a role in making them so destructive. Extremely dry conditions and an abundant supply of combustible material makes wildfires get out of control, again and again. However, also the destructive nature of wildfires is not just due to climate change. It’s just like the Editorial in the Los Angeles Times put it: “aggressive fire suppression has impeded the natural burn cycle in the state’s wooded areas so that there’s more fuel when the massive fires do take hold.”

Is this new? Not really. Scientists have been telling us what’s going on for years. We’ve summarized their results in a number of articles on wildfires in Europe. One of our conclusions: “In southern Europe, fire frequency and wildfire extent significantly increased after the 1970s compared with previous decades due to fuel accumulation and extreme weather events, especially in the Mediterranean countries.”

For the people and authorities in California there are lessons to be learned from southern Europe, and vice versa. Nothing has changed since we’ve published our articles last year. That’s why we publish them again on the homepage of the ClimateChangePost. Hopefully, in the words of the Los Angeles Times, “the head-in-the-sand president” will no longer “blithely disregard the obvious connection between the warming climate and the multiple federal disaster areas he’s been forced to declare in Texas, Florida, Puerto Rico and, now, California.”